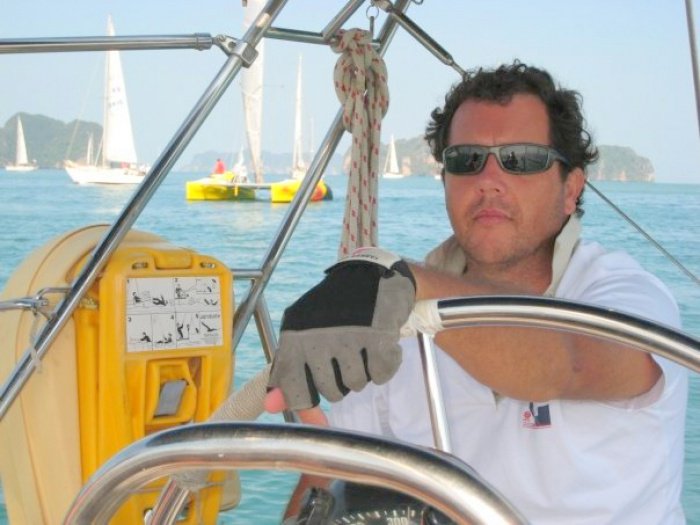 Originally from South Africa, Mr Ashby moved to Phuket after the 2004 tsunami and sailed in many Phuket regattas. He became a familiar face at the Phuket Race Week and the Phang Nga Bay and Phuket King’s Cup Regattas.

The Ao Chalong Yacht Club (ACYC) held a fund-raising event in 2012 to help pay for his cancer-treatment costs (story here).

“It helped and he returned to South Africa for treatment,” ACYC Commodore Mick Kealy said this morning. “However, it only sent the cancer into remission, and it returned later.

“It’s a sad loss. Although we didn’t see much of him in the end, he was a well liked member at the club.”