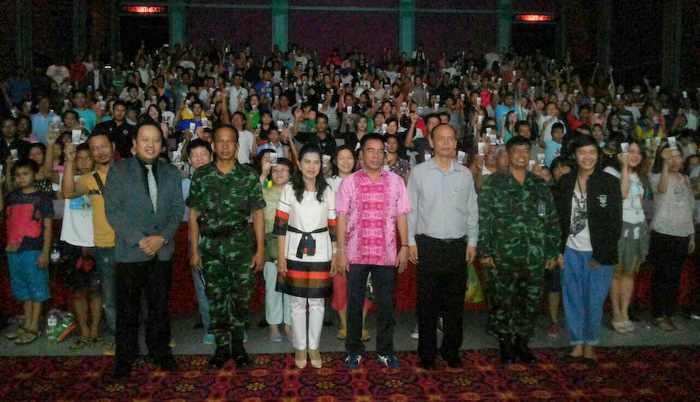 PHUKET: Hundreds of people turned out at major cinemas throughout Phuket yesterday to enjoy a free screening of The Legend of King Naresuan 5.

The latest cinematic installment recounting the insurmountable odds overcome by the famed king who laid the foundation for Thailand as a nation was shown free of charge at cinemas throughout the country under the “Return Happiness to the Thai People” campaign by the National Council for Peace and Order (NCPO).

People started queuing in front of shopping malls from 9am, well before the 11am showtime, with hundreds turning out at each of the three venues in Phuket where the movie was shown: the Coliseum Paradise cinema in Phuket Town; the SFX Cinema at Central Festival Phuket; and SF Cinema City at Jungceylon Phuket in Patong.

“This movie makes Thai people love and want to protect the Kingdom, and also learn the history of Thailand,” she said.

Those who were denied entry for lack of seats may get a second chance, Ms Patamaporn added.

“The NCPO, the movie’s producers and theater operators have all been notified of this concern. It is now up to them whether they will ask for the movie to be screened again for free,” she said.

“It might just happen, as all of the companies and the people involved want to play a part in keeping all the Thai people smiling.”