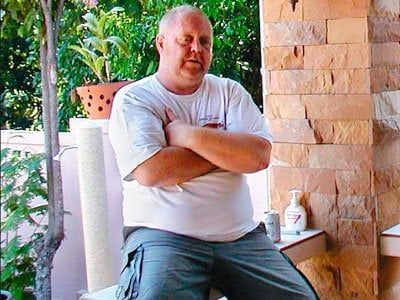 The comments come just after the announcement of Col Grissak’s transfer from the bright lights of Patong to Phang Nga’s sleepy Kuraburi district in the latest police reshuffle.

They also follow a number of attacks on tourists in Phuket and other parts of Thailand.

In early January, Canadian tourist Ivan Anwar got into a punch-up with a tuk-tuk driver following an argument over fares.

Two weeks earlier, another German man was shot dead after ‘giving the finger’ to a Thai motorist in Chiang Mai.

“It’s impossible that they’re stabbing or harming people they don’t know for no reason. Thai people are naturally nice.”

“Lately there was the case of the tuk-tuk driver beating up the foreign tourist because of the fare,” he said.

“The tourist agreed to the fare before taking the tuk-tuk, but when he got to the destination he thought it was too nearby and didn’t want to pay so much. At the same time, the tuk-tuk driver was angry that he didn’t get the amount of money that had been agreed,” he said.

Col Grissak moved on to the murder of Wolf Kesselheim, whose funeral took place on Wednesday.

“The case in Chalong of the German being stabbed to death began when the German didn’t notice the Thais’ bike and nearly crashed into them,” he said.

“Then they chased him and honked at him, so the farang gave them the middle finger. The case was down to neither side showing any kindness to the other.”

A second common cause of such incidents are drunken tourists, Col Grissak said.

The third and least common cause was when tourists fight back during robbery attempts, he said.

“If foreigners think they haven’t been treated fairly, the best thing for them to do is inform the police or call related organizations like the Tourist Police on the1155 hotline number,” he said.

Chalong Police Superintendent Chinnarat Ritthakananon, who is also getting transferred off Phuket later this month, said tourists needed to follow the rules of the road and be kind to other drivers.

“They should educate themselves about the place they are visiting, especially dangerous places,” he added.