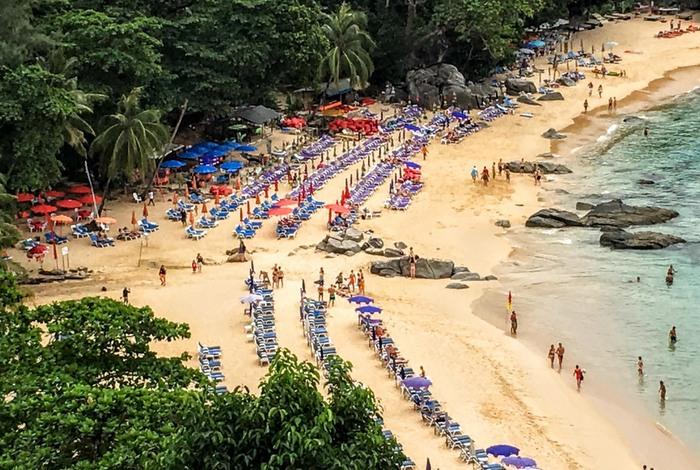 PHUKET: Though all umbrellas and beach chairs on Phuket’s Laem Sing Beach are banned, photographs taken today from above the beach show beach furniture obscuring much of the sand.

Phuket Vice Governor Chokdee Amornwat, who is in charge of the island’s beach management, vowed to take action against the violation of provincial rules next week.

“Laem Sing is not listed as one of the beaches under the 10 per cent beach management plan. It is supposed to be a virgin beach, devoid of all beach furniture, thus returning it to its natural beauty,” V/Gov Chokdee confirmed to the Phuket Gazette today.

Though the beach is under the management of the local Kamala Administration Organization (OrBorJor), V/Gov Chokdee said that he would step in and take care of the problem.

“The issue at this beach is a bit more complicated, as the entrance to the sands is privately owned. Nonetheless, we are working on it and expect to take action next week,” he said.