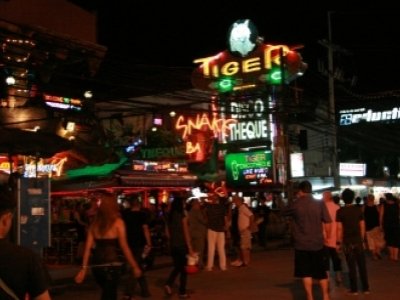 PHUKET: Patong Police Superintendent Col Arayapan Pukbuakhao has asked all bars in Patong to be respectful and observe the Buddhist Makha Bucha Day tomorrow by not selling alcohol.

Keeping in mind the tourist nature of the resort town, he added, “Bars will be allowed to sell alcohol after midnight tomorrow.”

Under his jurisdiction as police chief for Kathu police district, Col Arayapan’s request extends to all bars in Kalim, Kamala and in Kathu Municipality.

However, as there are no entertainment zones in Muang District outside of Phuket Town – except for the small strip in central Karon – all bars in the district must close at 1am.

Makha Bucha Day, which falls on the full moon of the third lunar month, commemorates the Buddha’s ordaining of 1,250 monks who had arrived unannounced from afar only seven months after the Buddha began his teachings.

It is also the date the Buddha delivered his Fundamental Teachings – just months before his death.

Phuket snatch banditry on the rise

Phuket Poll: How safe is Phuket?