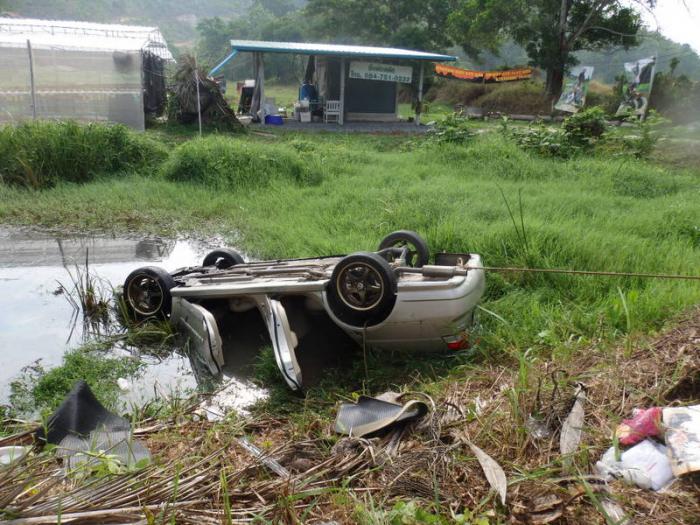 PHUKET: A Phuket banker died yesterday morning after he lost control of his car on the old airport road in Baan Nai Mon and flipped it into a small pond.

A local farmer, who asked not to be named, said that residents were unable to save Phubadee Marasa, 26. Additionally, the first two rescue workers who arrived on the scene hesitated to act and waited for other rescue workers to arrive before an attempt was made to extract the Mr Phubadee from the car, the farmer said.

It wasn’t until Kusoldharm Rescue workers arrived that an attempt was made to enter the two-meter deep water and save the man.

“One of us went into the water, but he wasn’t able to open the door,” a Kusoldharm rescue worker said.

“We ended up having to use a truck to drag the upside-down car from the water. As soon as we could get the door open, we pulled Mr Phubadee out, but it was too late.”

The body was taken to Thalang Hospital before it was handed over to relatives.