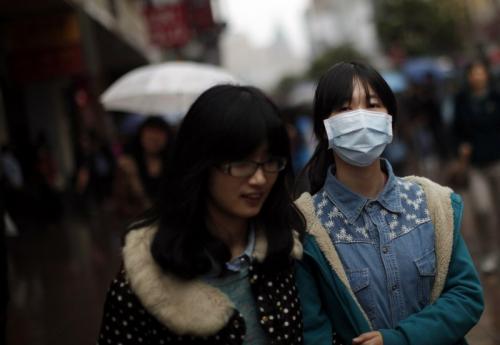 PHUKET: The Phuket Provincial Health Office (PPHO) has set up rapid-response teams and alerted all hospitals on the island to monitor patients for any signs of the H7N9 bird-flu virus.

The move follows Chinese officials finding traces of the new strain of bird flu in more areas in Shanghai and in the nearby city of Hangzhou, as authorities slaughtered birds to stop the spread of the virus that has killed six people.

State-run Xinhua news agency said authorities planned to cull birds at the two live poultry markets in Shanghai and another in Hangzhou after samples of the H7N9 virus were detected in birds at all three sites.

More than 20,000 birds have been culled in the Huhuai market, where traces of the virus were found earlier this week.

“Those infected range in age from 27 to 87 years old. None of them are related to each other in terms of epidemiology. Medical teams are working on determining the cause of infection,” according to Phuket health chief Bancha Kakong.

“H7N9 used to be found only in poultry in Europe, the United States and Japan. Never before have there been reports of people contracting the disease, and in this current outbreak there are still no reports of human-to-human transmission,” he explained.

“So far, Thailand has not identified a single person with H7N9, and over the past five years Thailand has had no reported cases of anyone contracting H5N1 bird flu,” Dr Bancha stated.

Phuket has never had any reported cases of H5N1 or H7N9 in humans or poultry, he added.

Regardless, noting the volume of international tourists arriving on the island, the health chief has ordered hospitals to be on alert.

“To be ready for H7N9, every hospital in Phuket will strictly monitor patients who have serious respiratory symptoms similar to those brought on by pneumonia and influenza. Surveillance Rapid Response Teams [SRRTs] have been ordered to be ready around the clock,” Dr Bancha said.

The Provincial Livestock Office and community volunteers have been asked to report any unusual sickness or death of poultry on the island.

“I urge everyone to avoid contact with any poultry in order to prevent bird-flu infection. Any people who have to handle poultry, please wash your hands thoroughly with soap afterward,” Dr Bancha said.

According to Phuket Health Office statistics, from January 1 to March 31 this year there were 290 patients reported as having influenza and 142 with pneumonia.

“None of the patients died,” Dr Bancha said.

“However, the number of people reported suffering pneumonia-like symptoms during the same period is higher this year than in 2012,” he added.