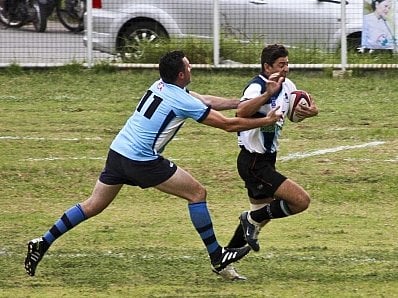 PHUKET: Phuket 10s Athena Siam Coffin Dodgers competition finished its qualifying stages , with home favourites Phuket Viagrabonds reaching the cup final due to be played on Sunday at Karon Stadium. All results from the semi finals are detailed below:

After the successful opening of the 13th annual Phuket 10s, the main competition kicks off on Saturday at 8.30am. Another thrilling day of rugby is in store for Phuket. Make your way to Karon Stadium with family and friends.