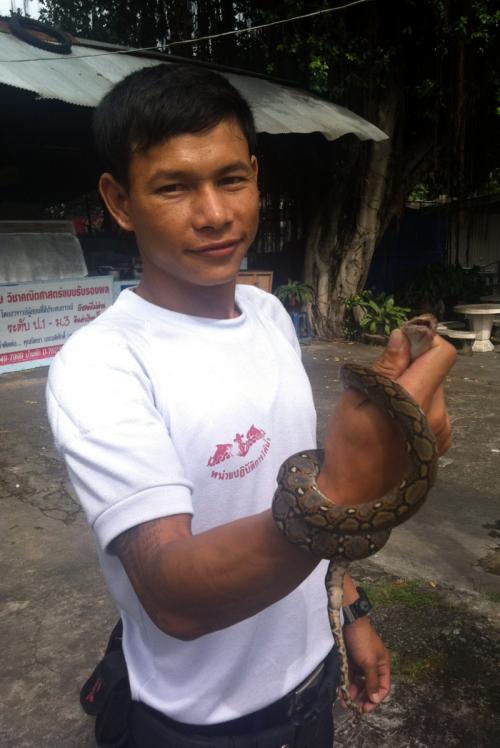 PHUKET: A soybean milk vendor was given a fright today after a baby python pulled a Houdini and appeared in a her locked locker.

“The shop owner closed her shop normally last night, and there was no python in the locker. However, when she opened the locker today there was a baby one” a rescue worker told the Phuket Gazette.

“The woman was frightened by what she found, but she was able to finally call us to report the snake,” the rescue worker said.

As is standard practice with Pythons in Phuket, the snake is to be released in an undisclosed jungle location.

Drunk driver walks away from motorbike crash with parked 18-wheeler