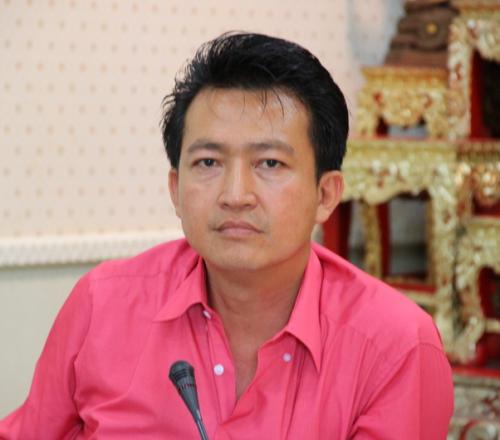 PHUKET: The Phuket Marine Office is offering a 10,000 baht reward for photographs of people dumping oil into the sea.

It is illegal to release oil into the sea, said Phuket Marine Office chief Phuriphat Teerakulpisut.

“But we can only arrest suspects if we have enough proof or catch them in action. In the past, we have been too late, and the only evidence of the crime was oil on the surface of the sea.”

“We want to protect our waters from people who disrespect them. We cannot monitor the entire island all at once, so we urge the public to help us.”

Photos can be taken to the Phuket Marine Office in Ao Makham at the entrance of the Deep Sea Port of Phuket.

“Please note that you must indicate the exact date, time and location of the crime, and have a clear picture of the suspect’s face,” said Chief Phuriphat.

“Once we have evidence, it is easier for us to pursue the suspect and proceed with the legal process.”

The reward will be paid regardless of whether an arrest is made, provided the photo clearly shows the suspect’s face, he said.

Those arrested for dumping oil into the sea are in violation of two different laws:

The Act on Navigation in Thai Waters BE 2456 Section 119, which carries a penalty of up to three years imprisonment, a 60,000 baht fine or both. Violators are also required to make payment toward treating or rehabilitating the contaminated area.

The Enhancement and Conservation of National Environmental Quality Act BE 2535, sections 96 and 97. Violators must pay the cost of water treatment or pollution cleanup, and pay for any damages, whether to livelihood or health, of people affected.