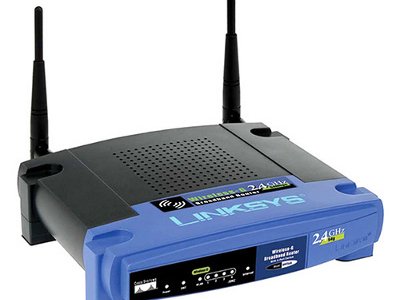 PHUKET: More than a dozen people have asked me in the past week, “What’s the difference between WiFi and 3G?” I am sure the interest has nothing to do with learning about technology. Every one of the people is considering buying an iPad 2.

They can figure out which color they want and how much memory they want, but they’re stuck on deciding whether it’s worth the extra 4,000 baht to get 3G, as opposed to WiFi.

WiFi from the Top

WiFi is basically a wireless technology that connects a computer with a base station. The base station, often called a router, is a small box that typically has a rabbit ear or two sticking out the back.

Invariably, the base station is plugged into the Internet, usually via a telephone line. When you pay an internet service provider (ISP) to put an internet connection in your house, they will ask if you want WiFi: “wireless access”.

If you say yes, they’ll usually charge you a little extra, 3,000 baht or so, and set up a base station when they install the internet connection.

There are many variations on the theme, but by and large laptops connect to the router via WiFi and the router plugs straight into the internet.

As long as your laptop is within 100 meters or so of the base station, the signal is strong enough and you can connect from your laptop to the internet.

If you have more than one computer connected to the base station, either by wire or by WiFi, those computers can generally talk to each other using a network.

The basic idea with 3G is much the same as with WiFi – to get your computer connected to the internet without wires – but the method is completely different.

3G is a mobile phone technology. 3G uses big towers that look just like mobile phone towers – because they are mobile phone towers. Few computers come with 3G capabilities built in, although that’s changing. If you want to use 3G with your laptop, you usually have to buy a gizmo that hooks into your USB port.

More-expensive iPads can use the 3G signal, as do some mobile phones, but for internet connections only.

To use 3G, you have to be located in an area that has 3G towers. You have to buy a regular SIM card associated with a phone number that supports 3G and you have to go to the phone company and pay to have 3G service. More about that in a moment.

3G signals run directly between your device and a tower. Your 3G device communicates with the tower, which is connected to the internet. The signal is subject to the same problems as all mobile phone signals: if you aren’t close to a tower, the connection drops out.

On the other hand, it has all the benefits of a mobile phone connection. For example, it’s possible to keep an internet connection going via 3G while driving in a car — at least in theory.

You can’t set up a home or office network over a 3G connection: your PC connects to the phone tower, not to a little box inside your house, and there’s no provision in 3G technology to get your PCs to talk directly with each other.

In Phuket, 3G service – more accurately called “HSPA” – is only available from True, and only on the west coast of the island, roughly from Nai Harn to just north of the airport.

As reported in earlier Live Wire columns, the True 3G service is surprisingly fast, if you live near an antenna. You can check the latest speeds at phuketinternetspeed.com

As I’m writing this, 3G is running at 3Mbps to 5Mbps download speed to the US. That compares favorably with most landlines. It’s faster than the typical 3G connection outside Thailand, no doubt because very few people are using 3G in Phuket. Your friends may think they’re using 3G, but they probably aren’t.

We’ll talk about how to get an HSPA connection in next week’s Phuket Live Wire.

Wondering how to avoid wasting your money on technology that doesn’t work? We talk about mobile phones, iPads, Internet access, TVs, and even some PC and Windows stuff, every week at the FREE Computer Clinics.

Hard to believe, but we’re coming up on the fourth anniversary. On June 5 we’ll have a Computer Clinic at the Sandwich Shoppe in Patong, opposite Patong Language School.

June 12 marks our fourth anniversary, and we’re planning a whole bunch of special stuff for the following week – Sunday, June 19 – at the Sandwich Shoppe in Chalong.

Computer Clinics run on Sundays from 10am to noon. They’re free, sponsored by the Phuket Gazette and Khun Woody’s Sandwich Shoppes. Everybody’s welcome, even if you can just barely spell “PC”. Bring your questions and don’t be bashful!

Live Wire is Woody Leonhard’s weekly snapshot of all things Internet in Phuket. Woody’s a Senior Editor at Windows Secrets Newsletter, and is Senior Contributing Editor at InfoWorld. He’s written more than 40 computer books, including Windows 7 All-In-One For Dummies.