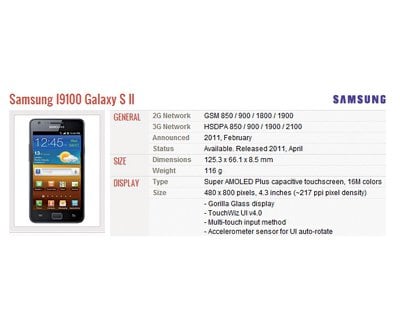 PHUKET: In my last two Live Wire columns I talked about the three general types of internet connections available in Phuket – landlines, wireless and satellite – and then gave some recommendations about landlines. This week I’ll explain how to find a good wireless connection.

Wireless internet may be your best option in a number of circumstances. Of course, if the big landline companies (TOT, 3BB, True, CAT, and the Cable TV companies) won’t string a wire to your house, you have no choice but to go wireless.

But even if you can get a wired connection, wireless may be better, for several reasons. If you only have one laptop or tablet to connect to the internet, going with a “3G” connection (forgive me for using the term “3G” very, very loosely) gives you a lot of mobility, because you aren’t plugged into the wall. Wireless connections are generally cheaper than wired – and frequently they’re surprisingly fast. Wireless has one more built-in advantage, especially here in Phuket: the connections tend to be much more reliable than wired connections, especially older wired connections.

In spite of what you might have read or heard, wireless connections can be shared among multiple co-located computers. If you have a house full of PCs, wireless combined with a MyFi box (for details see my August 6 Live Wire column by typing “is.gd/msmOoK” in your web browser) you can share one internet connection with many devices. Some phones and tablets can also share their connections with PCs and other devices, using a technique called “tethering.” The exact method for tethering phones and tablets differs depending on which phone or tablet you’re using, so you’ll have to hunt down specific instructions. Google is your friend.

Right now, the primary concern for wireless connections is whether your phone or tablet will work with a specific vendor’s network. If you’re going to use a USB dongle to connect to a wireless network – common with laptops – you don’t need to worry: the vendor will sell you a dongle that will plug into your PC or MacBook. But if you’re trying to connect your phone or tablet, you may not have any choice but to match the phone or tablet with a network that will work with the device.

Right now there are three “3G” networks that are actively marketed in Phuket. (Others are rumored to be coming. Stay tuned.) The three contenders:

CAT “3G” CDMA 1xEV-DO does NOT work with the iPhone 3G, 3GS, iPhone 4, iPad 1, iPad 2, or any of the other phones or tablets widely available in Phuket.

TrueMove-H “3G+” HSPA+ 850 MHz does NOT work with the original Samsung Galaxy S, however, it DOES work with the iPhone 3G, 3GS, iPhone 4, original iPad, and iPad 2.

To verify that your phone or tablet will work on a specific network, go to www.gsmarena.com and look it up. As you can see in the picture above, the new Samsung Galaxy S II works with both HSDPA 850 and 900. That means it’ll work on both the AIS and Truemove-H networks.

Note that True no longer offers its original “True Move 3G” network. As of this printing, they’re going to be moving all of their customers over to a new network called TrueMove-H 3G+. Confused? Yeah. Me, too. As I explained in my February 3 Live Wire (“is.gd/dkm5OA”), True bought out Hutch in Bangkok, and they’ve upgraded, expanded and renamed their old 3G service. Bottom line: if you were using the old True 3G service, you have to change your SIM card, but you’ll end up with a faster connection that works all over Phuket.

At this moment I’m having trouble getting my Android phone to recognize the new, improved TrueMove-H HSPA+ signal, but initial indications are that the service is significantly faster than AIS. Stay tuned for more details next week.

If you aren’t yet reporting your speeds on www.PhuketInternetSpeed.com, please drop by and sign up! It’s free, it only takes a few seconds, and the results help everybody figure out what’s working and what’s not worth the effort. Remember that all of the data is immediately available to anybody who wants to download, look at or fiddle with the results. Also remember that the Internet Service Providers are watching the reports.

Live Wire is Phuket Gazette columnist Woody Leonhard’s weekly snapshot of all things internet in Phuket. Follow him on Twitter: @PhuketPC, “like” his page at facebook.com/SandwichShoppe, or visit his free Sunday morning computer clinics at Woody’s Sandwich Shoppes.

Police believe Fake DSI agent is on the run in Phuket