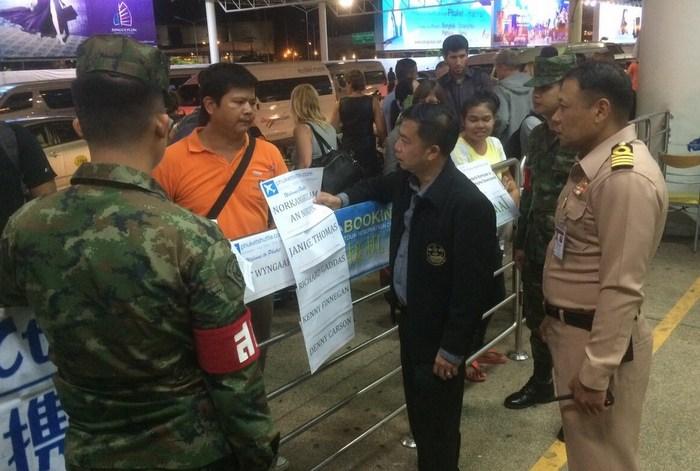 An announcement was posted on the facility’s Facebook page, AOT [Airpots of Thailand] Phuket International Airport, announcing that the new policy banning private agents using the boards to pick up passengers would come into effect on February 1. However, the Phuket Gazette has confirmed that there is no set launch date for the plan.

“We have postponed the date indefinitely, as we are further discussing details and developing solid rules that are both convenient and safe,” said Mr Somsak, adding that the announcement on Facebook would be pulled down.

“To set up security measures for passengers arriving at the Phuket International Airport, the Airport Authority of Thailand reserves the right to not allow anyone to pick up passengers using their own paging boards. If such boards are required, please contact the Information Counter at the arrival hall on the first floor.”