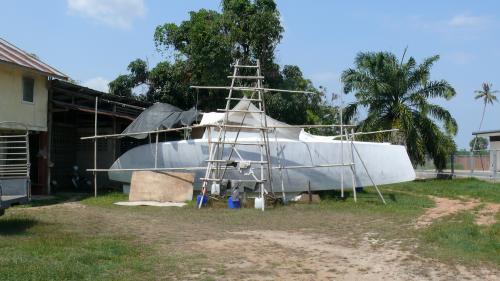 The news follows the arrests of a German man and a Swiss man who were caught building their own boats on their own properties in Chalong late yesterday afternoon.

“We have been targeting foreigners working illegally for some time, and right now we are focusing on the yachting and marine industry,” Col Sunchai said.

“I cannot reveal where we will raid next, as we don’t want to give any warning to those who are breaking the law,” he added.

However, Col Sunchai gave a general warning to all foreigners involved in any form of marine transport: “We will check everywhere there are boats – the ports, the piers – everywhere,” he said.