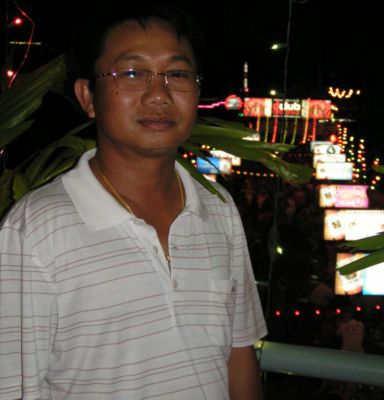 PATONG: Bar, discotheque and pub owners will be given a 90-day grace period before police begin to strictly enforce a 2 am closing time at all nightlife venues on the island, authorities have announced.

Starting at 2 am on February 27, police presence was unexpectedly heavy on Soi Bangla and along nearby roads that make up the heart of Phuket’s nightlife entertainment industry.

Their presence sparked fears of a crackdown on bars and pubs, many of which have in recent months been staying open well past the mandatory closing time of 2 am that applies to most venues in the area.

Again, bar owners were quick to close and there were no reports of arrests, but the show of force by authorities sent a clear signal to venue owners that failure to observe the mandatory closing time of 2 am will no longer be accepted.

Nightlife venue owners will be given 90 days, from February 28, before police will begin arresting bar owners who fail to comply, Col Grissak told the Gazette a few days later.

Noting that pubs and nightclubs were used by youths as a place to experiment with and trade in narcotics, he said better compliance with existing closing times would be a key part of his campaign against drug abuse.

Minister Chalerm threatened to punish police officers, district chiefs and other officials who failed to strictly enforce anti-drug measures at entertainment venues, Phuket Governor Niran Kalyanamit said at the monthly meeting of provincial government officers, which he chaired at Phuket Provincial Hall on the morning of February 27.

The order by K. Purachai, who initially pushed for a closing time of midnight to keep minors out of nightclubs, resulted in non-violent protests by hundreds of nightlife workers in Patong, where the previous closing time had been 4 am closing.

In the end, special “nightlife zones” were established where venues with a special license could remain open until 2 am, while those outside the zone were required to close at 1 am.

However, the strict enforcement of closing times slackened considerably while the country was under post-coup martial law and remained slack after the National Legislative Assembly was appointed as the interim government.

While there were reports of some unlicensed beer bars being closed down in Kathu after Minister Chalerm’s order, Kathu District Chief Khantee denied that either officials or police had been distributing yellow warning cards to venues found in violation, as reported by one Thai language newspaper.

“Now we are forcing all bars to send their guests home at 2 am, but we are not charging them. We also found some venues employing girls under 18 and closed them down,” Chief Khantee told the Gazette.

The 2 am closing time would cost local businesses money, but both the laws and goals of the anti-drug campaign need to be respected, he said.

“I believe that if nightlife venues close up at 2 am, tourists will begin their night out on the town earlier. This is also a good opportunity to let tourists know about the anti-drug campaign,” he said.

Sompetch Moosophon, President of the Patong Entertainment Business Association (PEBA), said he plans to meet Chief Khantee soon and push for Patong to be exempted from the 2 am closing time, which he sees as incongruous with the needs of most visiting tourists.

“In my opinion, the 2 am closing time is not appropriate because many tourists who visit Patong like to stay out drinking and partying all night long…This is the special appeal of Soi Bangla as far as tourists are concerned,” he said.

A review of crime statistics for the area proves that this has not resulted in an excess of fighting or other violent crime, he maintained.

The PEBA has already begun distributing an English-language questionnaire to visiting tourists to see how they feel about enforcement of the 2 am closing time. The results will be presented to both Chief Khantee and Gov Niran, he said.

“We would like to report the exact situation in Patong to the government and have them recognize our special situation by allowing us to stay open later than nightlife venues in other provinces,” he said.

A closing time of 3 am, extended to 4 am or 5 am during the high season, would be appropriate, he said.

K. Sompetch, Managing Director of Dclub Disco on Soi Crocodile, said PEBA cooperated with a request by former Governor Udomsak Usawarangkura three or four years ago seeking to limit the number of nightlife venues in Patong and restrict them from areas nearby schools, temples and residential areas.