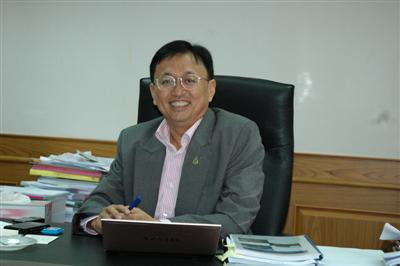 PHUKET CITY: Phuket Provincial Administration Organization (PPAO) President Paiboon Upatising has denied he has ever been involved in vote buying, in an interview with the Gazette.

In a March 19 ruling, Mr Paiboon received a “yellow card” from the Election Commission (EC) for electoral fraud in the Thalang voting district 3 in the PPAO election held last year.

The Appeals Court will now rule on whether or not to uphold the EC decision and order new elections.

Mr Paiboon said he was disappointed with the EC ruling, but added that he was confident the judicial process would give him justice.

“I’m not worried, but I’m tired of working and getting slandered for it. People are playing politics against me,” he said.

When asked if he thought political rival Anchalee Vanich Tephabutra was involved in the ruling, he said he didn’t know.

“I don’t want to think [about that]. My job is only to present my innocence. I want the court to give me justice,” he said.

Mr Paiboon said his work since he was elected almost one year ago would serve as proof of his innocence.

“Had I bought votes, I would have to get my investment back,” he added.

He claimed he had never used his position for personal gain.

“My management of public tenders has been done transparently. Everyone can examine how I’ve worked over the past year. A man’s worth is demonstrated by the results of his work,” he said.

During the process Mr Paiboon will be unable to work as PPAO president and one of his deputies will assume his responsibilities.

He said he is now working hard to prepare next year’s 700 million baht PPAO budget before the court case begins.

The “yellow carding” of Mr Paiboon has set off waves of speculation across the island about whether the EC ruling is true.

Mr Paiboon comes from a wealthy family of ethnic Chinese Thais who made their fortune in Phuket’s tin mining days.

He was elected to represent Phuket in the Senate in 2000.

Before that was president of the Patong Rotary Club and the Phuket Chamber of Commerce.