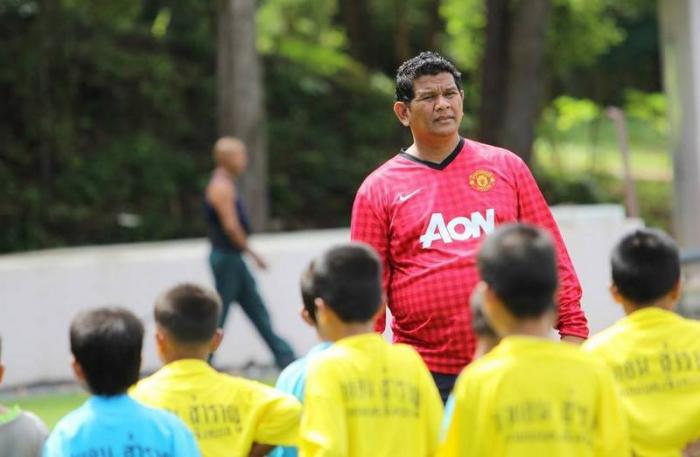 The announcement follows the resignation of former president Pramookpisitt Achariyachai and other key management members of Phuket FC after the team was relegated to Division 2 (story here).

“I had the chance to meet with Mr Pramookpisitt yesterday; we reached an agreement that I would take over the team,” Mr Ma-ann told the Phuket Gazette this morning.

Mr Ma-ann aims to use the opportunity to promote sport tourism on the island.

“We fly out to watch major football matches in other provinces. I want to see people flying to Phuket to watch our matches, stay in our hotels, enjoy the beauty of our island and experience our delicious cuisine,” Mr Ma-ann said.

“I have confidence in Phuket. We will appoint a new management team and also hold a competition to decide our new theme and slogan next month, along with a concert to raise funds in February.”

The controversial, elected head of the Cherng Talay OrBorTor vowed earlier this month to end his political career with the return of the beaches in his jurisdiction to their natural state (story here).

“If I do something, I do it big and put all my energy into it. I prefer to do my best or do nothing at all,” he said.

No change in tuk-tuk safety regulations