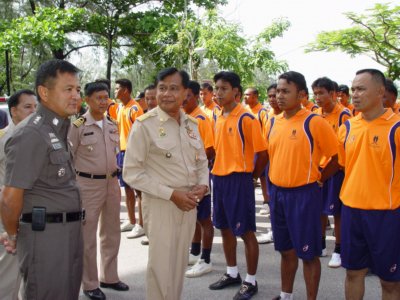 PHUKET: Phuket’s hazardous low-season beaches will be guarded by 100 lifeguards who are being trained at Phuket Community College this week.

The lifeguards are being trained as part of the Phuket Provincial Administration Organization (OrBorJor) lifeguard project. The training program was developed with the help of the Royal Thai Navy Third Naval Command.

The project aims to reduce the number of drownings in rough surf at Phuket beaches during the rainy season.

OrBorJor Vice-President Suthin Uthaithamrong hailed the project a success, and added that the OrBorJor spends about 15 million baht a year on training and equipping its lifeguards.

Princess to visit Jungceylon tribute to HM the King