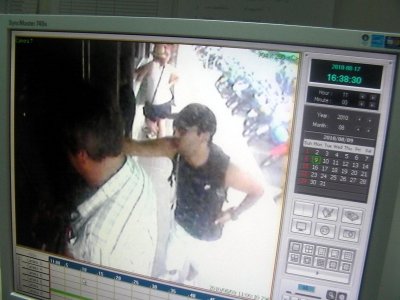 PHUKET: Police are warning tourists to be vigilant while using ATM machines following the alleged theft of 200,000 baht from a Norwegian tourist in Kata last week.

Kjell Olar Farseth, 52, filed a complaint with Chalong Police yesterday morning stating that a man who offered to help him operate the Kasikorn Bank ATM machine near the Karon Municipality offices in Kata had stolen his card and withdrawn 200,000 baht in cash.

Mr Kjell told police the man, wearing sunglasses and a black cap, offered to help him conduct the transaction when he was having problems with the machine on the morning of August 9.

After several unsuccessful attempts the man told him his card had been pulled inside the machine for security reasons, then left.

Mr Farseth returned to his room at the Tropical Garden Resort and called the bank to report the card missing, but it was too late: bank staff told him 200,000 baht had been withdrawn from the account.

Farseth Kjell, who works in the transport industry in Norway, arrived in Phuket with his son on August 5 and was due to fly out today.

He appeared resigned to the loss.

“I’m not sure I will get the money back, but I will leave for my hometown as scheduled,” he said.

Chalong Police duty officer Boonlert Onklang said he wanted to warn tourists about the scam, which has happened “many times” before.

A CCTV camera installed at the ATM captured images of the alleged con artist, who is now sought by police.