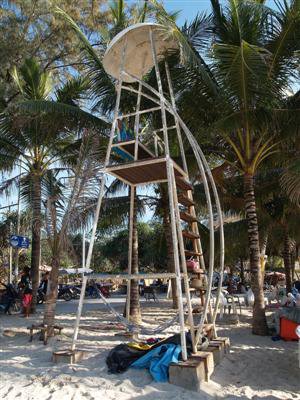 PHUKET: Despite sweetening the terms of reference, the Phuket Provincial Administration Organization (PPAO) has once again failed to attract a single bidder for the tender to supply lifeguards at the island’s beaches.

An officer at the PPAO supply unit yesterday confirmed that although two companies purchased the bid plans, they failed to show at the scheduled bid opening date on March 2.

The same happened in February, when two companies expected to tender for the contract failed to submit bids.

PPAO president Paiboon Upatising is currently attending the International Tourism Bourse (ITB) Berlin and has yet to comment on the latest developments.

The previous contract expired on November 12, 2009.

It was not renewed due to ‘managerial issues’ and Phuket beaches have been left unguarded since.