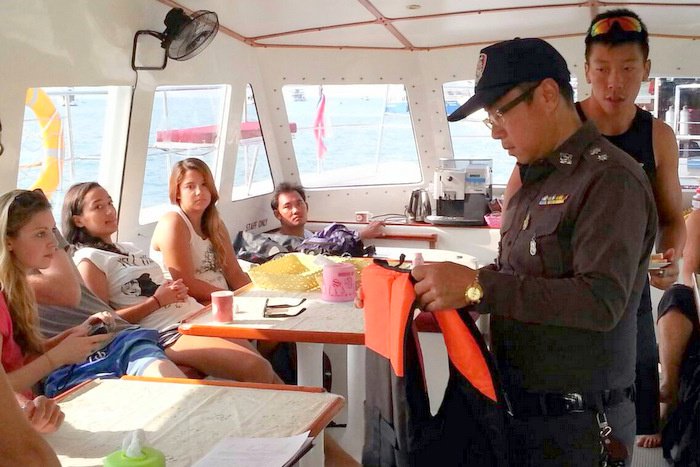 PHUKET: The Phuket marine chief will not order a ban on the sale or consumption of alcohol on any passenger or tour boats operating to or from Phuket.

The decision was made at a meeting of marine officials and more than 220 Phuket boat operators at the Katina Hotel in Phuket Town yesterday.

“At this stage, we will not ban the serving and drinking of alcohol on dive boats, tour boats or any other passenger boats,” Phuket Marine Office Chief Phuripat Theerakulpisut told the Phuket Gazette this morning.

“We only have the authority to ban alcohol in public areas, so the decision of whether or not to allow alcohol on private boats remains with the boat operators.”

However, Mr Phuripat said he was open to revisiting the issue in the future.

“We may raise this issue again, if there is growing consensus that an alcohol ban is needed,” he said.

The issue of whether or not alcohol should be allowed on tour and passenger boats in Phuket was raised after the disappearance of US citizen Joshua Michael Devine on April 11 (story here).

Mr Devine disappeared from the Chontara 1, a dive boat en route from Phuket to the Similan islands. He was reportedly very drunk the last time he was seen (story here).

Phuket hosts Asean and Asia Conference on Literature and Culture