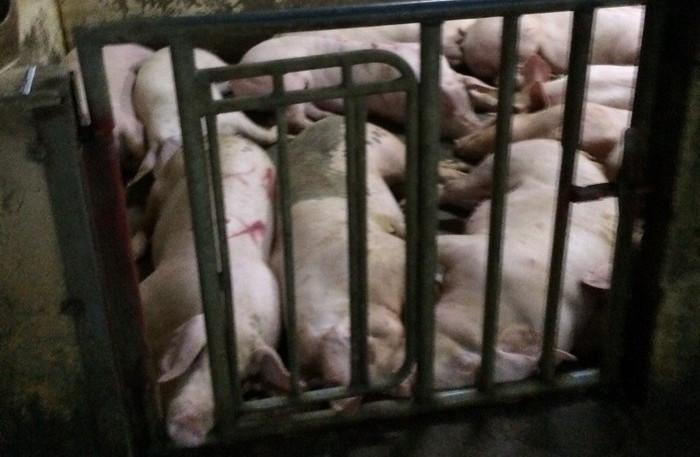 PHUKET: A slaughterhouse operating illegally in a residential area of Kathu was shut down by the Phuket Provincial Livestock Office (PPLO) yesterday.

Livestock officers carried out an inspection of the premises, in Moo 7 near Vichit Songkram Road, following complaints made the day before by residents in the neighborhood.

“We found 19 pigs crowded in a small space and in unhygienic conditions,” PPLO inspector Surajit Witchuwan told the Phuket Gazette on Tuesday.

The owner, who officers declined to name, did not have a license to operate a slaughterhouse, said Mr Surajit.

“And slaughterhouses are not allowed to operate in residential areas. The owner has been charged under the Animal Slaughter Control and Meat Sale Act BE 2535 (1992), which could mean a punishment of up to a year in jail, a fine of up to 5,000 baht, or both,” said Mr Surajit.