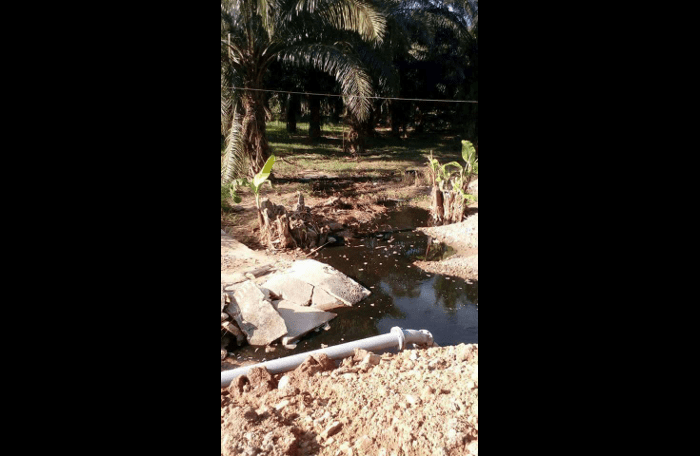 KRABI: More than 60 Krabi Town locals yesterday urged Krabi Dhamrongtham Center representatives to look into the activities of a factory releasing waste into a nearby canal.

At about 11:30am, the locals presented clear pictures of the palm oil factory draining wastewater directly into the water body, which has reportedly caused it to stink over the past year.

“The factory was built last year, and since then we have had to suffer. Their manner of waste disposal will lead to respiratory problems, especially in children,” said local resident Sanguan Moongmai.

The Tapprick Temple nearby has also been affected.

“We have approached the OrBorTor at Tapprick several times, but nobody has taken action,” said Mr Sanguan.

Krabi Industrial Office engineer Jinnawat Anantamas confirmed that he will coordinate with officials for a site inspection and test of the water, the results of which will be announced within 15 days.