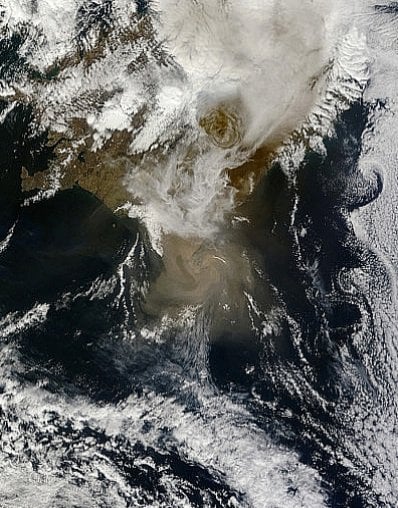 PHUKET: THE eruption of the Grimsvötn volcano in Iceland has not affected flights at Phuket International Airport, the Phuket Gazette was told yesterday.

Airlines are also back in the skies over Europe as schedules return to normal today after a week of flight disruptions caused by a cloud of volcanic ash drifting over parts of the continent, Bloomberg reported.

On Tuesday, airlines canceled about 500 flights in Scotland and northern England, while yesterday about 450 were canceled in Germany due to the eruption, reports said.

The volcano sent plumes of smoke and ash kilometers into the sky last Saturday, causing havoc for air travellers across Europe and prompting many people to delay or cancel long-haul holidays.

However, Flight Officer Passakorn Surapipith, acting director at the airport, told the Gazette, “No airlines have canceled flights to or from Phuket.

“Our biggest problem is tourist safety. If our country is safe and secure, tourists will definitely continue coming to Phuket as it is a global tourist destination,” he said.

The number of passengers passing through Phuket Airport from October last year through March this year has increased by 13.94%, said Mr Passakorn.

The number of flights arriving and departing from the airport during the same period rose 18.91 per cent, comprising 36 airlines, 31 scheduled ones and five charter airlines, he explained.

“The flights go to 60 cities in 23 countries,” added the director.

Last year the Eyjafjallajökull volcano erupted in Iceland, closing European airspace for six days, halting about 100,000 flights and costing airlines about US$1.7 billion, according to the International Air Transport Association.