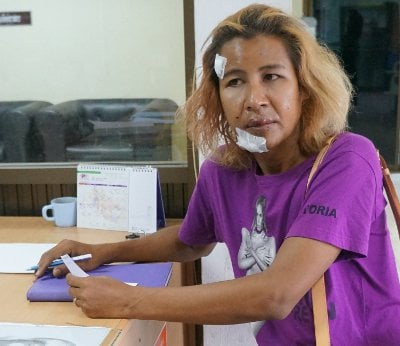 PHUKET: A local flower shop owner early yesterday morning survived a brutal home invasion by three men who left him wounded after stealing his safe containing all his valuables.

The victim, Sommart Chokekuea, reported the incident to police after receiving medical treatment at Mission Hospital in Rassada.

A police check of the victim’s two-storey home in Chalong showed evidence that a violent struggle had taken place there.

According to Mr Sommart’s statement as recorded in the police logbook, three men entered his home and stole his safe by threatening him at knife-point, then rode off on motorbikes.

The safe, which the thieves were unable to open on the premises, reportedly contained valuables worth 200,000 baht.

Mr Sommart told police he could identify all three assailants.

According to one report, the 40-year-old victim is the owner of the Bloom Bloom flower shop in the south of the island.

About five years earlier he had an affair with one of the assailants, a 27-year-old that he identified by name, said the report.