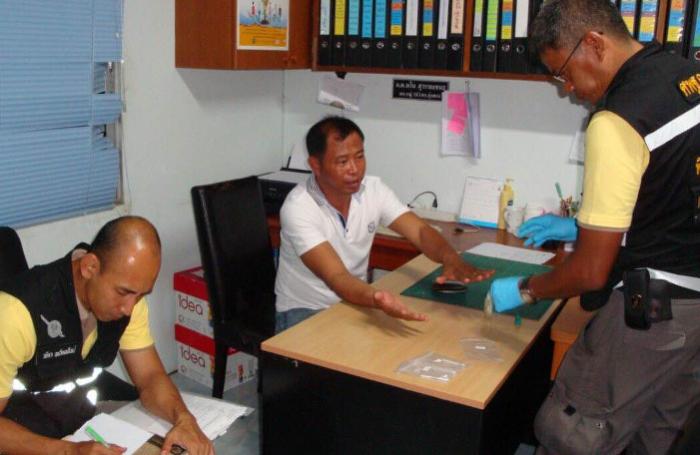 PHUKET: An argument about guns on planes between two men at a seafood restaurant in Phuket last night quickly ended when one of the men pulled a firearm and shot dead the other.

“Mr Komkrich joined his friends at one of the restaurant’s bamboo salas, which happened to be next to the sala that Mr Puttarak was eating at with his own friends,” said Col Peerayuth. “The men appeared to know each other and somehow got into a heated debate about the legality of taking firearms onto airplanes.”

While friends of the men at both tables tried to calm the situation by changing the topic, Mr Komkrich allegedly kept insisting that guns could be taken on board aircraft.

“At this point, he pulled out a gun and shot Mr Puttarak three times – in the chest, shoulder and stomach,” Col Peerayuth said.

Mr Komkrich left the restaurant and promptly handed himself in at Thung Thong Police Station, where he placed the gun on the counter and confessed to the shooting.