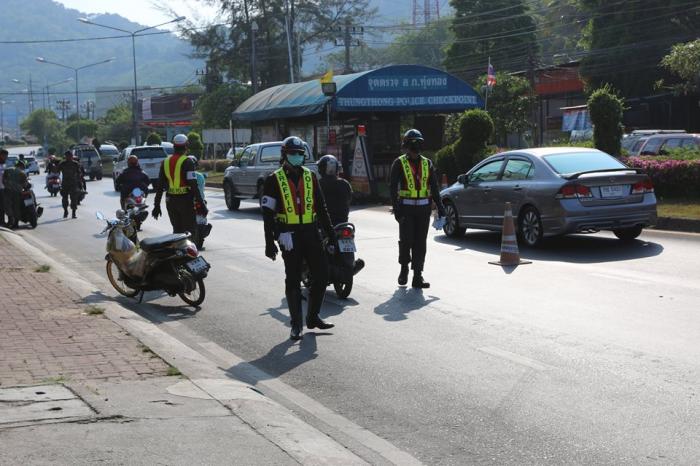 PHUKET: Drug dealers and users in Kathu are feeling the heat with the latest crackdown ordered by the Phuket governor, who is on a mission to clean up the district.

There are drug dealers at large and addicts that need to be cured, said Phuket Governor Chamroen Tipayapongtada at the Kathu District Office yesterday.

The governor also joined law enforcement officers at a police checkpoint set up at the bottom of Patong Hill to stop and search vehicles for illegal drugs.

Governor Chamroen said drug abuse is spreading like a disease through society and needs to be nipped in the bud by focusing the campaign on youngsters.

“Police officers are to focus their efforts on youngsters in the Kathu area, because they are the ones who can easily be influenced by drug dealers,” he said.

The crackdown includes more surveillance of parks, and other places – such as liquor stores – suspected by authorities of being drug-supply points.