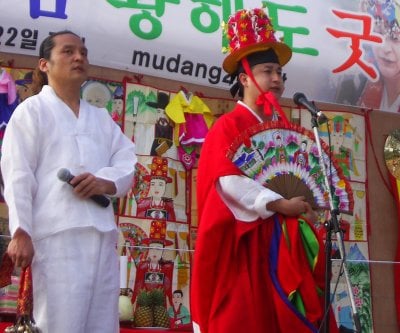 At a meeting of provincial government officers this morning, Governor Udomsak said, “There have been enough religious ceremonies [for tsunami victims]. If anyone needs to hold a religious ceremony, they can but only within 100 days [from the tsunami].

“We will not allow ceremonies to be held at the beach or in a public area after 100 days. There have been enough religious ceremonies. Now it is the time to get back to the real world.”

In Thai and Chinese culture, the 100th day after a death marks the end of mourning for a loved one.

Thawichart Intararid, Director of Phuket Provincial Cultural Office, said, “We will introduce [Gov Udomsak’s] ban with the cooperation of the Phuket Tourist Association, Patong Municipality, Kamala OrBorTor [Tambon Administration Organization] and the TAT [Tourism Authority of Thailand] so they know about this order.”

He added that the last public religious ceremony to be granted approval will be held at Kamala on Sunday.

K. Thawichart added, “If ceremonies were allowed to continue to be held in public areas, it would remind people of ghosts, which would damage the image of the area. It should stop now.”

Napasorn Kakai, Assistant Director of Phuket office of the TAT, said that there have been at least 20 religious ceremonies since December 26, including ceremonies for Chinese and Koreans.

K. Napasorn said that she did not oppose religious ceremonies being held in public. “These ceremonies help people to believe that there are no ghosts. They don’t harm tourism,” she said.

However, she added, “The TAT agrees with the ban; there have been enough big ceremonies held at places like the beach.

“We should leave the sadness behind after 100 days. We should have fun, exciting events to entice tourists to travel to the area again.”

Crackdown on crime for Songkran