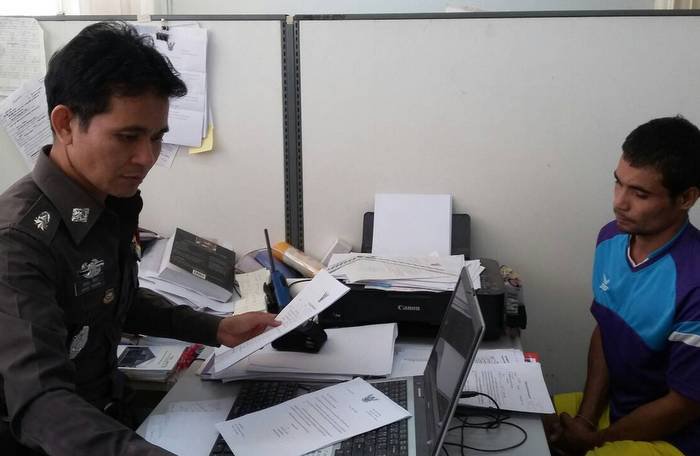 KRABI: The killer of a beloved gaur, a protected species of bovine, surrendered to police in Krabi yesterday morning.

Preeda Paklaw, 41, presented himself, along with his shotgun, to the Plai Phraya Police.

“Mr Preeda said that while he was hunting, he saw something in the dark that looked like a serow. He then shot twice,” said Maj Somporn Deeduang of the Plai Phraya Police.

Mainland serow is a species of goat antelope native to the region. Adults reach an average weight of about 150 kilograms.

“After he realized it was a gaur, he was very upset and called a friend to help him move the body and destroy the evidence,” Maj Somporn said.

Mr Preeda told police that if he had known that the animal was a gaur, he never would have shot it.

The 800-kilogram gaur, named Jao Kai Dam (black eggs boy) by locals, had migrated to the area from Khao Sok National Park last year. He was found with nine bullet wounds to his body and a deep gash to his neck on Wednesday (story here).

Many locals showed up to watch Mr Preeda reenact the crime yesterday.

He was charged with possession of a firearm, carrying a firearm in public without permission and killing a Category 2 protected species.

Mr Preeda confessed to all charges.