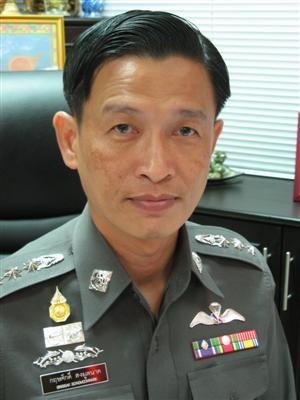 PATONG, PHUKET: Kathu Police are still trying to determine the identity of a foreign woman found dead in Patong Bay on Tuesday afternoon.

The body, presumed to be that of a middle-aged Caucasian woman, was pulled from the water at about 5pm by Kusoldharm Foundation workers.

The bloated corpse was discovered floating at 4:30pm about four meters offshore from Paradise Beach, near the Merlin Beach Resort.

Kusoldharm volunteer Waranyu Chaipratheep told the Gazette the deceased was wearing a black wetsuit with a blue stripe, a weight belt and swim fins. No oxygen tank was recovered, however.

Police have already contacted Marine Police and other agencies, but as of this afternoon had yet to determine the woman’s identity.

Her remains are being kept at Patong Hospital pending identification.