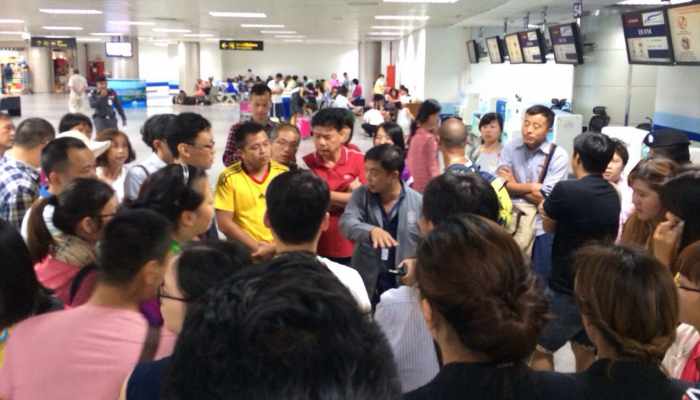 PHUKET: Two flights today will whisk away the 300 passengers destined for Hong Kong who were stranded at Phuket International Airport for days due to the Thai Department of Civil Aviation (DCA) decision to revoke the landing rights of City Airways.

The DCA revoked the rights on August 9 after a report found that maintenance was not being properly carried out on the airline’s planes, said Santi Pawai, director of the Phuket office of the Ministry of Tourism and Sports.

“We were concerned about passenger safety following a report that revealed that City Airways has not been following proper procedures during maintenance on their carriers,” Mr Santi said. “The carrier has therefore not been allowed to land at Phuket International Airport.”

Mr Santi noted that City Airlines had been providing food and accommodation to the stranded passengers. Additionally, the airline received confirmation today that Bangkok-based carrier R Airlines would ferry the passengers to Bangkok where they could make a Hong Kong connection.

“As of this morning, I received notification from City Airways that R Airlines has agreed to carry all remaining passengers using two of its airplanes today,” Mr Santi said.

Phuket turtles take on Hungry Ghosts as festival gets underway