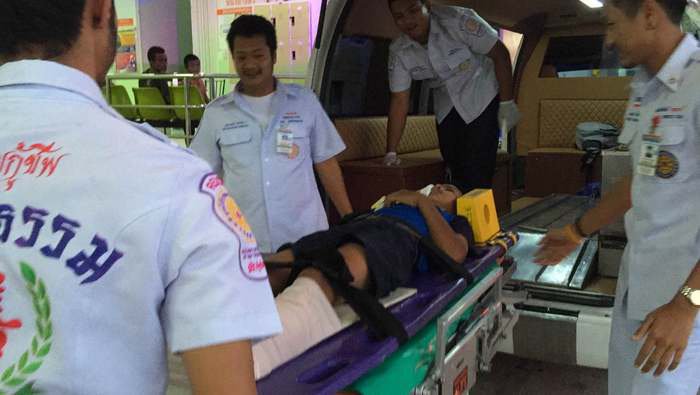 PHUKET: Five teenagers on two motorbikes were injured after a van driver leaving Phuket International Airport lost control of his vehicle on wet roads and crashed into the adolescents yesterday evening.

“Teerapong Boonteng, 24, passed over the median and struck the teens who were on their motorbikes,” said Maj Santi Prakobpran of the Tah Chat Chai Police.

One teen suffered only minor injuries in the collision, three suffered one broken bone each and the fifth sustained injuries to his forehead, confirmed Maj Santi.

All five were taken to Thalang Hospital.

Mr Teerapong was charged with reckless driving causing injury and the van was taken to Tah Chat Chai Police Station.