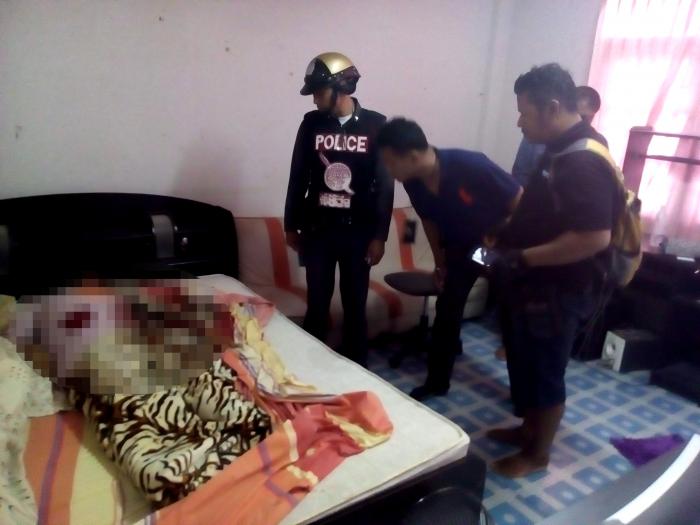 KRABI: A local Krabi resident walked into a blood bath on Saturday morning when he entered his room to find the body of his wife, who had asked to be left alone the night before.

Sudrak Khumsuk, 33, found 28-year-old Supranee Wangthanom with a gunshot wound to the head and a four-page note on the bed next to her. The note read that she had “made many mistakes and had disappointed her parents and loved ones”. Police also found a handmade gun near her body.

“She spent Friday night alone in the room, while I slept downstairs with our relatives,” Mr Sudrak told Krabi Police officers. “At about 4am, we heard what sounded like firecrackers going off, but ignored it as our neighbors often set them off.”

Mr Sudrak said his wife, who was a fruit and dessert seller at a Krabi Town fresh market, did not follow her daily morning routine of preparing items for sale, so he went upstairs to check on her.

“I pushed the door in and was shocked to see her covered in blood,” Mr Sudrak told the Phuket Gazette. “I called the police as soon as I managed to pull myself together.”

Mr Sudrak said he and Ms Supranee shared their two-storey townhouse with two of their relatives. The relatives told police that she was depressed because she couldn’t repay her debts.

“The family members told us that Ms Supranee was indebted to a loan shark,” said Krabi City Police Captain Wipach Wongdet. “They also said that she was upset that the rent money family members had given her had already been spent, most likely on gambling.”

The Gazette was unable to confirm how much money Ms Supranee owed, while police said they would continue to investigate her death.