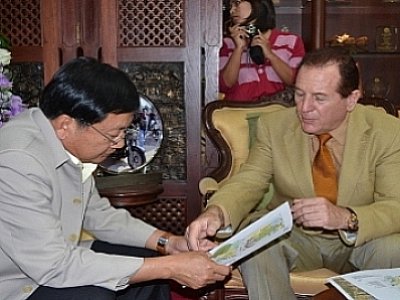 PHUKET: A Canadian expat is seeking support from the Phuket Provincial Office for his plan to develop a 900-million-baht aquarium in Rawai.

He has rented a 50-rai plot for 30 years with the intention of building an aquarium and a marine petting zoo, as well as a hotel in the project’s proposed second stage.

Under the completed master plan, the entire project would take five years to complete.

The first phase aquarium and petting zoo could be completed by the beginning of the high season for tourism in late 2012, he said.

“The aquarium would be the first development phase. Located on a five-rai plot, it would also house a marine zoo with performing animals. This would serve local and foreign tourists all year round.

Among the performing animals would be seals, sea lions and dolphins, he added.