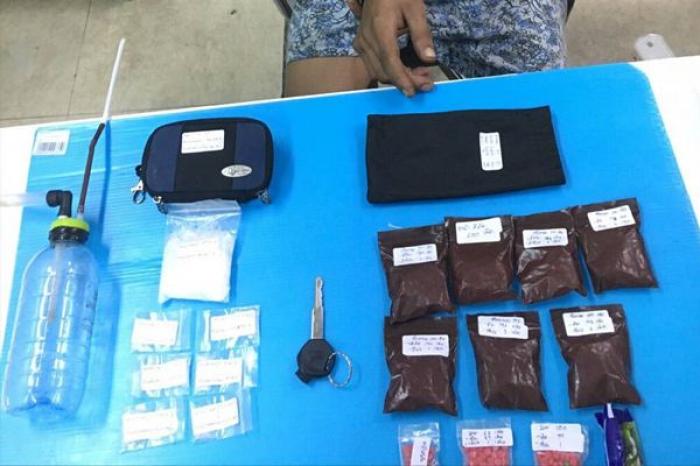 PHUKET: Police yesterday arrested two Myanmar nationals for drug dealing after raiding a rented apartment room in Rassada, where they found 5,000 methamphetamine pills (ya bah) and 400 grams of crystal meth (ya ice).

Aye Ayemaung, 32, was arrested in possession of 3,533 ya bah pills and 366.14 grams of ya ice, along with drug paraphernalia,” confirmed Phuket City Police Lt Col Naruebadin Pangleesen.

Tor Miew U, 26, who was also in the room when the police carried out the raid, was arrested after police found 1,687 ya bah pills and 30.66 grams of crystal meth stashed in his Honda motorbike parked outside the apartment.

Police charged the pair with possession of category 1 drugs with intent to sell.

“The drugs were intended to be sold exclusively to Burmese users in the Koh Sirey area. The suspects were big-time dealers in the island’s Burmese community. We believe they were shipped to Phuket directly from Myanmar,” said Col Naruebadin.