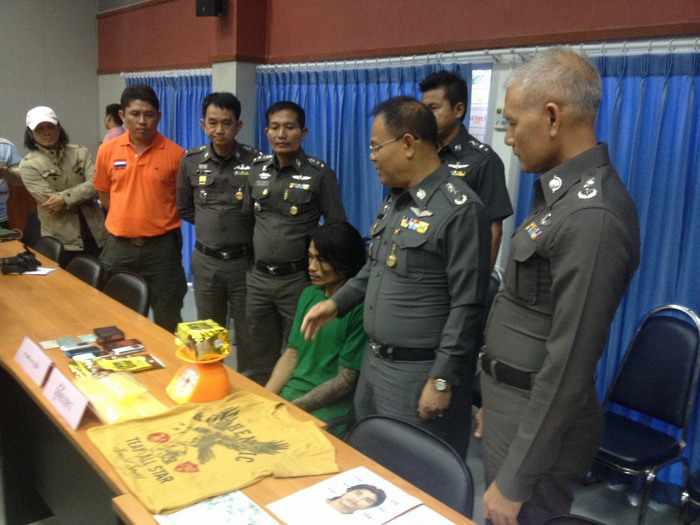 PHUKET: Police nabbed a big-time Phuket drug dealer yesterday afternoon with 3.5* million baht worth of ya ice (crystal methamphetamine) stashed away in his house in Rawai.

“Suphap Somphak, 30, was wanted for his involvement in an island drug network. Investigators were able to gather enough information about him to secure a search warrant for his house in Soi Sarika near the Rawai Temple,” said Lt Gen Panya Mamen, Commander of Region 8 Police, in a press conference today.

“We searched his house at about 4pm yesterday and found 1 kilogram of ya ice disguised as a package of Chinese tea.”

Mr Suphap confessed to police that he had been dealing drugs but denied that the drugs found in his house belonged to him.

“I only picked up the drugs as I was ordered. I have done it about 10 times since the beginning of the year,” said Mr Suphap.

“Every time, I would get a call to pick up drugs in random places in Rawai and deliver them to customers. Then I would be paid 10,000 baht.”

Mr Suphap has been charged with possession of a Category 1 drug with intent to sell, confirmed Gen Panya.

“Police will question Mr Suphap for more information about the drug network,” he said.

*Police originally estimated the value of the drugs at 2.3mn baht.

No life-time ban for overstays