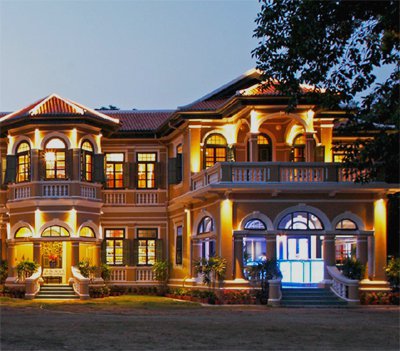 PHUKET: The Phuket chapter of the American Chamber of Commerce, in collaboration with the Phuket PR Network, continues its ‘Brand Phuket’ series of public meetings tomorrow at the Blue Elephant. The event is designed to heighten awareness of Phuket’s diverse history, particularly its Paranakan roots and early ‘shophouse’ communities.

With well over 100 bookings for the meeting, the organizers told the Phuket Gazette this afternoon that interest in the topic is running high. Reservations are therefore encouraged. To book, email Natasha Eldrid or telephone her on 084-188 8445.

Last-minute admission to the event may also be available at the door, but readers without bookings are advised to arrive at the venue no later than 5:15.

Dr. Yongtanit Pimonsathean from the Faculty of Architecture and Planning at Thammasat University, Bangkok will be the main guest speaker. His address will also include Phuket Town’s quest for UNESCO status and how it intertwines with the values of the Phuket brand.

Known as Southeast Asia’s ‘Straits Settlements,’ the shophouse communities in Malaysia, Singapore and southern Thailand share unique architectural and ethnic characteristics as a consequence of European expeditions in the early 16th century.

The area was vastly developed during the British colonial era, leaving the hybrid Asian-European architecture and culture to become one of the significant heritage places in Southeast Asia. As a counter-balance toward rapid development and urbanization, the preservation program of the remaining shophouses was first undertaken in Singapore in the mid 1980s, followed by those in Penang and Malacca in Malaysia, and finally in Phuket in the late 1990s.

Dr. Yongtanit Pimonsathean will present historical background on the shophouse communities in the three countries and explain the origin of the so-called ‘Peranakan’ culture and architecture. The different preservation approaches among the three countries, resulting in different outcomes, will also be discussed.

Dr Pimonsathean (‘Mai’), a member of the Faculty of Architecture and Planning at Thammasat University, earned his Doctor of Engineering at the University of Tokyo in 1993, and completed a Diploma with Distinction in Urban Management from the Institute for Urban and Housing Studies in Rotterdam.

In 2008 he was awarded the outstanding preservation icon of the Association of Siamese Architects (ASA), and in 2009 he was honored with Thailand’s distinguished Princess Sirindhorn Award for outstanding architect.

Segments of this important Brand Phuket event will be covered by the Phuket Gazette and its national television show ‘Phuket Today’ for broadcast next week on UBC/True Visions (channel 99).