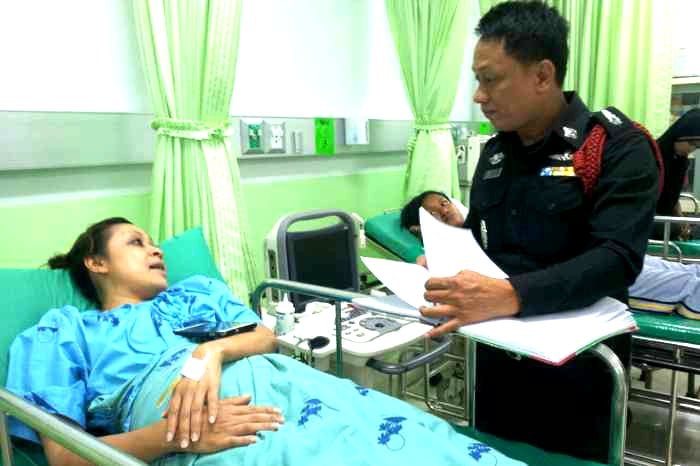 PHUKET: A Bangkok lawyer on holiday in Phuket died yesterday after being struck by a large wave and dragged out to sea at Nai Thon Beach.

Teechalat Kapaeng, 46, originally from Chon Buri, and Natthachanok Inamnuaysri, 42, from Bangkok, waded into the sea at about 6:30pm to rinse sand off their bodies after lying on the beach.

“We didn’t realize how deep the water was until we were already out there, then a large wave came and dragged us out to sea,” Ms Natthachanok told police.

“The lifeguards were able to save me, but Teechalat just disappeared. By the time we spotted him, he was already unconscious.”

Hospital staff worked for an hour to revive Mr Teechalat, but were unable to revive him, Maj Kittiphum said.

“He was pronounced dead by doctors at the hospital,” he explained.

The drowning prompted police to urge tourists to take care when entering the ocean.

“As we all know, the sea is rough right now. Please be alert when going into the water,” said Maj Kittiphum.

“The waves are strong. Even if you do not go where the water is deep, waves can still overpower you and drag you out.