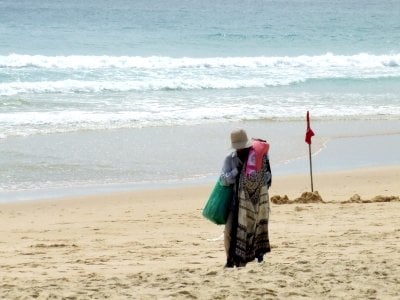 PHUKET: Tourist arrivals to Phuket during the current “low season” are up year-on-year thanks largely to the increased number of direct flights from Australia and China, according to the Phuket Tourist Association (PTA).

The improved performance was in large part due to strong arrival figures thanks to an increased number of direct flights from Australia.

There are now seven direct flights weekly to Phuket from the major Australian cities of Sydney, Brisbane, Melbourne and Perth, he said.

In addition to major cities such as Beijing and Shanghai, which have had direct links to Phuket for some time, Chinese tourists can now fly direct to Phuket from places including Xi’an, Chengdu and Chongqing.

Strong performances by the Korean, Russian and Indian inbound markets were also helping to keep occupancy rates higher this green season, he said.

Meanwhile, hotels in Phuket Town say there are still rooms available during the annual Phuket Vegetarian Festival, which this year runs officially from September 27 to October 5.

A source at the Royal Phuket City Hotel reported about 30% occupancy for September, but with bookings already at about 60% during the festival period.

The Metropole Hotel, which is undergoing major renovation work, reported a current 40% occupancy rate for its available rooms, but with advance bookings already at 70% during the festival period and about 40% thereafter.

A source at the Patong Grand Ville Resort expects occupancy rates to remain in the 20% to 30% range until the end of the year based on current bookings.

“The Vegetarian Festival does not matter that much in Patong, and high season bookings are still low because people tend to wait until just before the start of the high season to book,” said a reservations staffer at the resort.

Staff at the Karon Beach Resort report 80% occupancy so far for September, falling to 67% in advance bookings for October and at this stage just 20% to 30% in the high season.

The Avista Phuket Resort and Spa in Kata reports current occupancy of about 53%, with advance bookings for the high season, which begins in November, at just 20% so far.