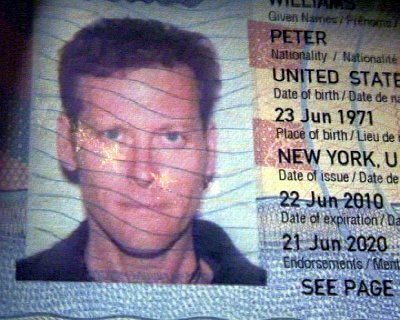 Phuket City Police said it appears that Peter Williams, a 39-year-old from New York State, committed suicide in his room at Roongrawee Mansion, near Vachira Phuket Hospital on Yaowarat Road.

Yesterday evening at around 11pm, four friends went to Mr Williams’ room and knocked on the door, but no-one answered, police said.

Opening the door, hotel staff found Mr Williams with a plastic bag over his head, hanging by a rope tied to a window.

The friends initially thought he was still alive, but after they took his body down to the bed they realized that he had already passed away.

There were no bruises on his body aside from those caused by the rope and bag around his neck, police said.

Mr Williams had been on Phuket less than a month. He was in his third week of a TEFL training course at Via Lingua teacher training school in Samkong.

Police found a letter in the room. Apparently written by the deceased, it stated that he could not stand the pain any longer and wanted to end his life.

Friends of the deceased said that drugs found in the room were regularly taken by Mr Williams, who had told people he was suffering from an incurable disease.

Police suspect that Mr Williams killed himself for this reason. After investigating the room, they say they do not suspect foul play.

Staff at the Roongrawee mansion, popular with students of TEFL courses in Phuket, told the Gazette that Mr Williams had been there for three weeks.

He was generally described as friendly and “okay” during his stay, but seemed “absent-minded and blurred” in the days leading up to his death.

Eric Haeg, TEFL teacher trainer at Via Lingua said of Mr Williams, “He was an intelligent and likable guy. Everyone here liked him and this has come as quite a shock to all of us. I give my condolences to his family”.

The US Embassy has been in contact with the family, members of which are planning to come to Phuket soon.

Mr Williams’ remains were taken to the nearby Vachira Phuket Hospital for examination and storage.

Top Buddhist scholar to give workshop in Phuket