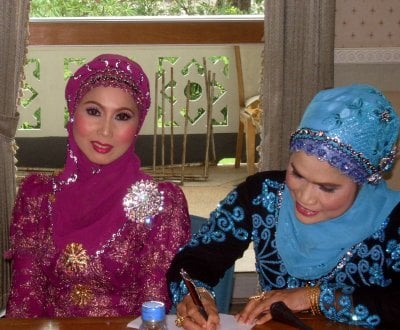 PHUKET: The second-annual Phuket Traditional Costumes Contest will be held on August 8 from 2pm to 4pm at the Thalang National Museum, the museum’s director Atchima Nookhong announced August 2.

Ms Atchima said the traditional costumes show the cultural identities of Phuket people, displaying the diversity of origins of people co-existing on the island for a long time.

“Globalization has brought with it modern cultural trends and has caused the newer generations to ignore the beauty of their cultural roots.

“The contest is held with an aim to educate and encourage the newer generations to preserve the beautiful cultures of Phuket,” Ms Atchima said.

Part of the project is the ongoing traditional costumes of Phuket exhibition at the museum, which wraps up at the end of the month.

The exhibits can be viewed daily from 9am to 4:30pm.

Thalang National Museum officer Patcharee Sripoka told the Gazette, “We’d like to invite all people, both locals and visitors, to take part in this event. They won’t only enjoy the beauty of the costumes but they can also see the diversity of Phuket cultures.”