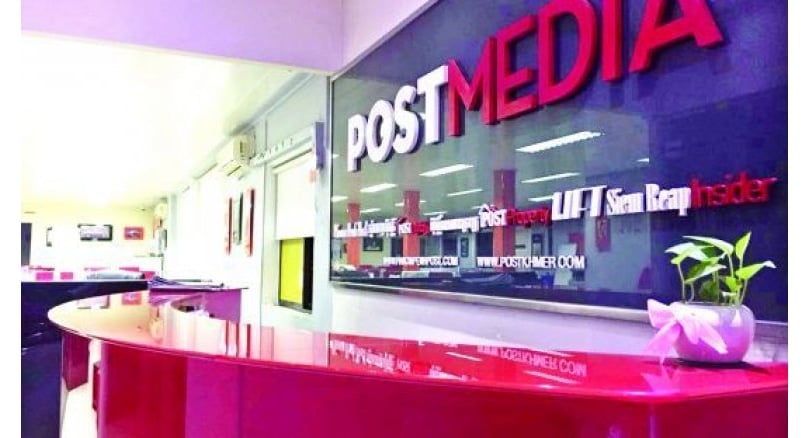 The Phnom Penh Post has been sold to Sivakumar Ganapathy, a Malaysian investor and executive at a public relations firm that has previously done work for Prime Minister Hun Sen’s government.

Sivakumar, who is the executive director of Malaysia-based Asia PR, said in a press release distributed to staff on Saturday that he intends to maintain the newspaper’s editorial independence.

Editorial staff were informed on Saturday evening that the paper was being sold by Australian mining businessman Bill Clough, who has owned the paper since 2008.

“As representative of the owners of Post Media Ltd, (the Company), which includes Phnom Penh Post and Post Khmer publications, I am pleased to announce that that the Company has been sold to Malaysian investor, Sivakumar G. (Siva),” the press release from Clough reads.

“Siva is a well respected newspaper man, with an experienced journalist background, and represents a strong investment group from Malaysia.”

The sale follows a wrongful termination suit brought by a former CEO and a $3.9 million tax bill levelled by the General Department of Taxation (GDT), which had caused some observers – over the objections of The Post’s management – to compare the situation to the Cambodia Daily.

That publication, the only other independent newspaper in the country, was shuttered after receiving a $6.3 million tax bill in September.

The tax bill had been settled as part of the sale, according to Clough, who thanked the GDT for their professionalism in his press release. Details of the settlement were not given.

No contact information for Sivakumar was provided in the press release, and messages to his Facebook and email accounts went unanswered on Sunday. Calls and emails to Asia PR also went unanswered.

Asia PR’s past clients include “Cambodia and Hun Sen’s entry into the Government seat”, according to their website. They have also represented KFC Holdings Berhad, a branch of the popular fried chicken chain that launched in Cambodia by partnering with politically connected tycoon Kith Meng.

In the press release from Sivakumar released on Sunday, the new ownership said it was “fully committed to upholding the paper’s 26 year old legacy and editorial principles/independence without infringing any relevant laws and regulations of the Kingdom of Cambodia”.

Ed Legaspi, executive director at the Southeast Asia Press Alliance (SEAPA), said it was worrisome that The Post’s new owners appeared to be linked to both the Malaysian and Cambodian governments.

“Although ordinarily sales shouldn’t affect editorial policy, we are quite worried this is happening to the Phnom Penh Post,” Legaspi said, adding he thought it was “highly likely” that the ownership would try to affect editorial independence.

“Malaysian media and media owners are not known for independence,” he said.

“The thing to do is for editors to maintain their independence and continue to do the work that you do.

“According to Legaspi, any improper influence over editorial policies at the Phnom Penh Post would be disastrous for the country’s independent media scene.

“We are thinking [The Post] is the last independent outlet in Cambodia,” he said, adding that any editorial influence from the new owners “would really be the death of press freedom in Cambodia”.

Sivakumar studied journalism at university and was also previously the chief operating officer and editor in chief of Malaysian newspaper Eastern Times News, according to his LinkedIn page.

The newspaper was widely viewed to be close to the Sarawak state’s Chief Minister Abdul Taib Mahmud. The Post’s new owner also wrote two books on the life of Taib, including an 650-page authorised biography about the longtime head of Sarawak state titled Taib – The Visionary.

Environmental groups have estimated that Sarawak has lost up to 90 percent of its forest cover under Taib’s tenure. The state leader was described in leaked, classified cables by the United States government as “highly corrupt” and was similarly criticised by Global Witness. A Swiss-based NGO released a lengthy report last year accusing Taib and his family of laundering up to $77 million in Ontario’s property sector. Taib has denied all charges.

Asia PR previously ran the pro-government Cambodia Times newspaper for several years in the Kingdom in the early 1990s. Three separate reports from the 1990s, including one in the Phnom Penh Post, identify NagaCorp CEO Chen Lip Keong as the owner of the Cambodia Times.

An email to two NagaCorp marketing officers asking about the ownership of the Cambodia Times went unanswered on Sunday.The editor in chief of the Cambodia Times was Kamaralzaman Tambu, who was also named as the managing director of Asia PR in a 1995 article in Asian Business. However, Sivakumar did not begin working with Asia PR until 2010, according to his LinkedIn profile. 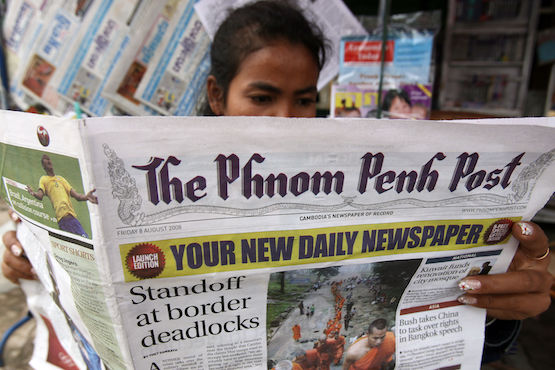 Two arrested with drugs and guns