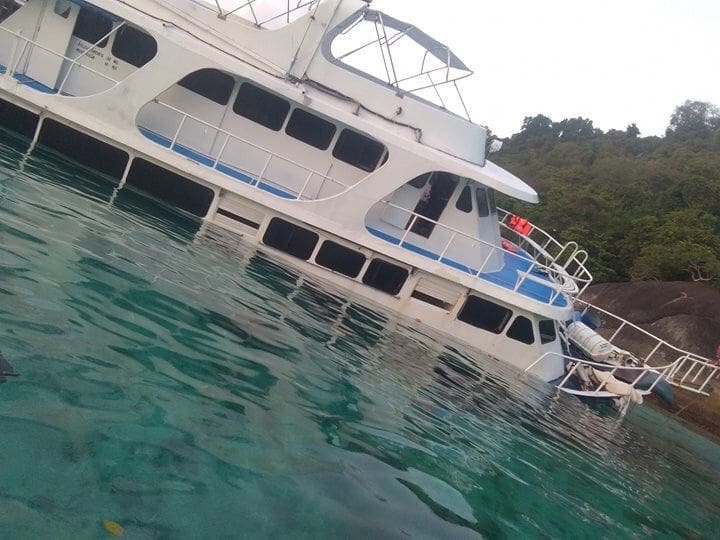 Four foreigners and seven Thai boat crew have been saved after a diving boat collided with rocks off the Similans yesterday morning.

Similan National Park officials were informed that the diving boat, named ‘Panthip 2’, had collided with rocks off Lek Beach near Koh Miang in the Similan island group at 2.45am yesterday.

National Park official and Navy officers arrived at the scene and rescued all passengers and the boat’s captain. There was a total of 11 onboard, four of them foreigners (two Aussies, one Italian and one French). The other seven were Thais. 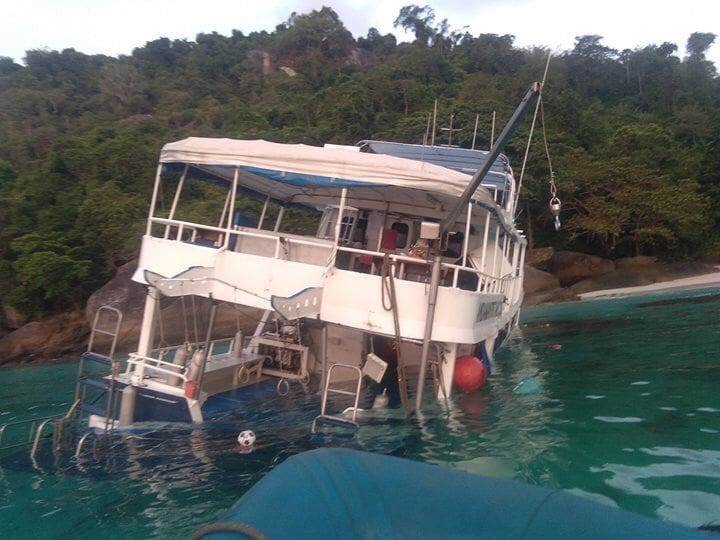 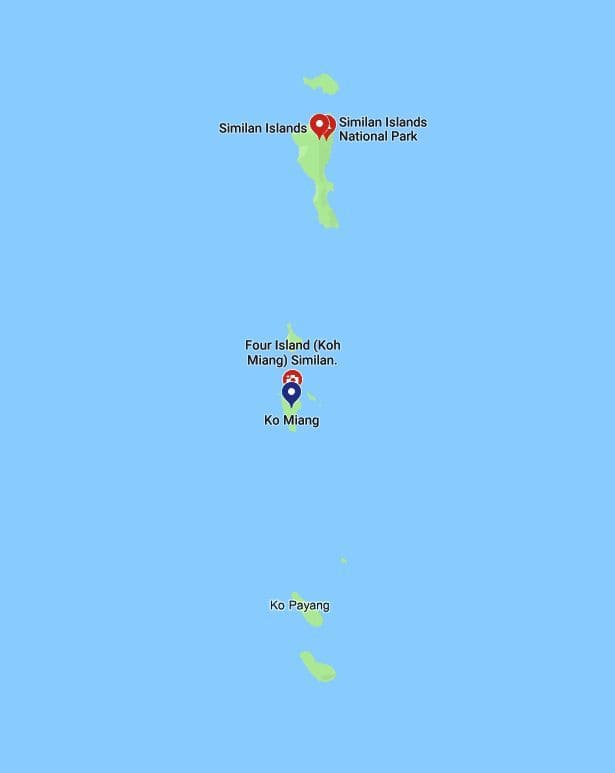 Shy baby turtles get a helping hand in Phang Nga