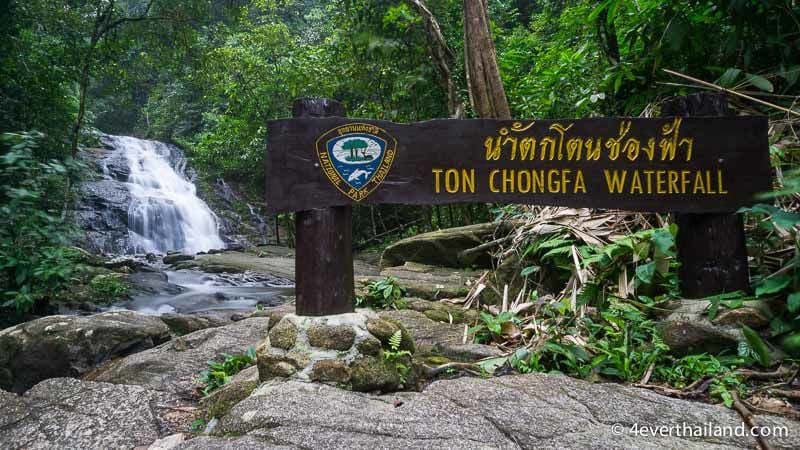 Emergency responders from the Phang-nga provincial public disaster prevention and mitigation office have recovered a female Australian who fell from the edge of a waterfall in Takuapa district in Phang Nga yesterday afternoon. The rescue took more than five hours with rescue crews working in almost total darkness. The female victim was part of a group of three other Australian tourists who had visited the tourist attraction to enjoy the seven-tier waterfall.

A spokesperson at the Chong Fah waterfall said they’d advised the group to obey warning signs about the areas around the waterfall deemed dangerous and to avoid them for their own safety. The signs are displayed at various locations along the walkways.

Officials suspect the tourists had made their way up to the seventh and top tier of the waterfall, but decided  make their way down along a more challenging route. It was from here the victim is thought to have slipped and fallen into a ravine.

Members of the group alerted officials who then called the local disaster and mitigation office. Rescue workers were on the scene in short time but it was already late in the afternoon and there was no lighting along the tracks as the attraction is closed before sunset.

Rescuers were hampered by the darkness, slippery tracks and the difficult terrain. But after five hours they’d been able to find the woman and bring her out to safety.

The young female had a broken left ankle and was rushed to the district hospital for treatment.