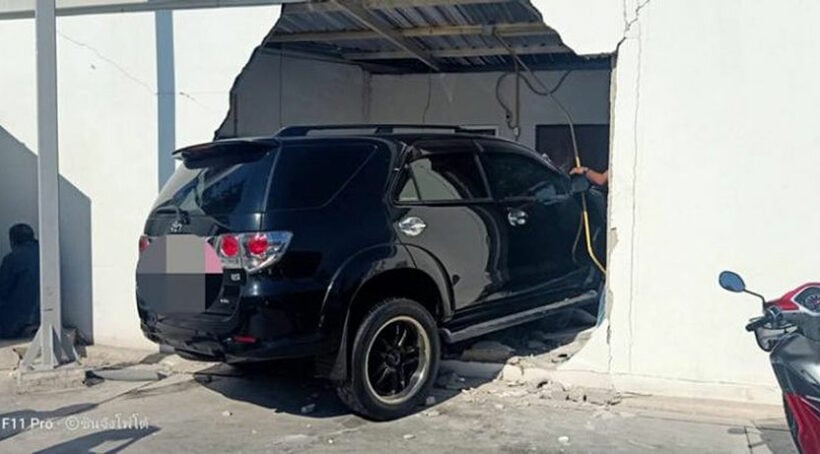 A young woman has sustained serious head and back injuries after an SUV ploughed into her home while she was sleeping in her bedroom in eastern Thailand.

It’s understood the incident happened at a house in Sri Racha, north of Pattaya, on Sunday afternoon. Local rescue workers were called to the property near a Caltex petrol station and arrived to find that a black SUV had plunged into the house.

The Pattaya News says the young woman had not been named at the time of their report as authorities were waiting to contact her family. She is currently recovering in hospital.

It’s understood the driver has been arrested, although there is no further information on his name or whether he was under the influence of drugs or alcohol at the time of the incident. The police investigation is ongoing. 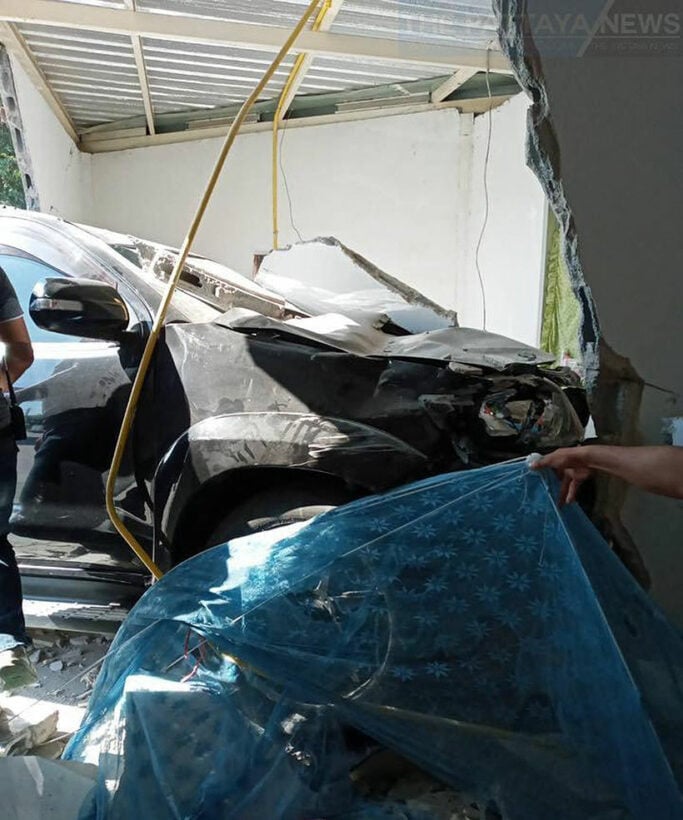