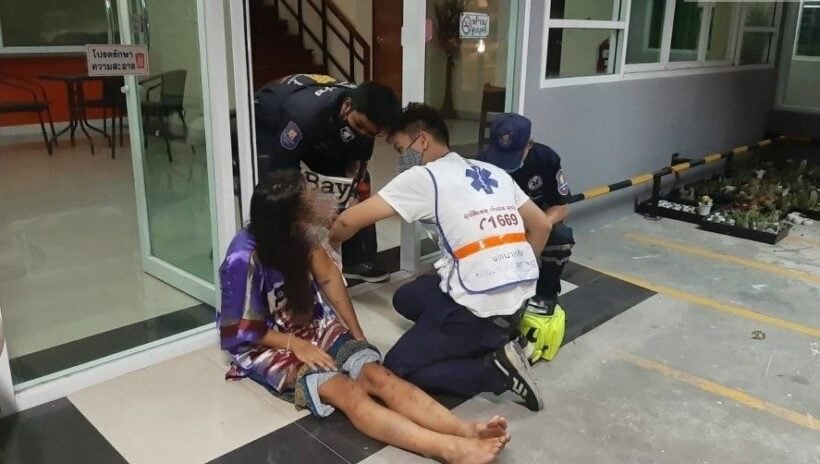 A Russian woman has survived an apparent suicide attempt in which she jumped from a third floor balcony in Pattaya after allegedly murdering her one year old daughter. The 31 year old, named as Anna Efimova, sustained only minor injuries in the fall. The Pattaya News reports that she is undergoing treatment at a local hospital, after which she will be detained in police custody for questioning.

The woman is understood to have thrown herself from the third floor of an apartment building in the Naklua sub-district. When rescue workers arrived, the distressed woman said her husband caused her injuries. However, this was disputed by her landlord, who said the woman lived alone with her daughter.

When police searched the woman’s apartment, they found the body of a 1½ year old girl in the bathroom. Injuries to the body, which was wrapped in towels, appear to show she was beaten. The police say the bathroom toilet was ripped out of the ground and smashed. They also reportedly confiscated 2 bags of white powder, which will be tested for illegal drugs. The woman will also undergo drug testing at the hospital, where she is currently on suicide watch.

Police say they plan to review CCTV footage from the apartment complex and will interview the woman when she has sufficiently recovered.