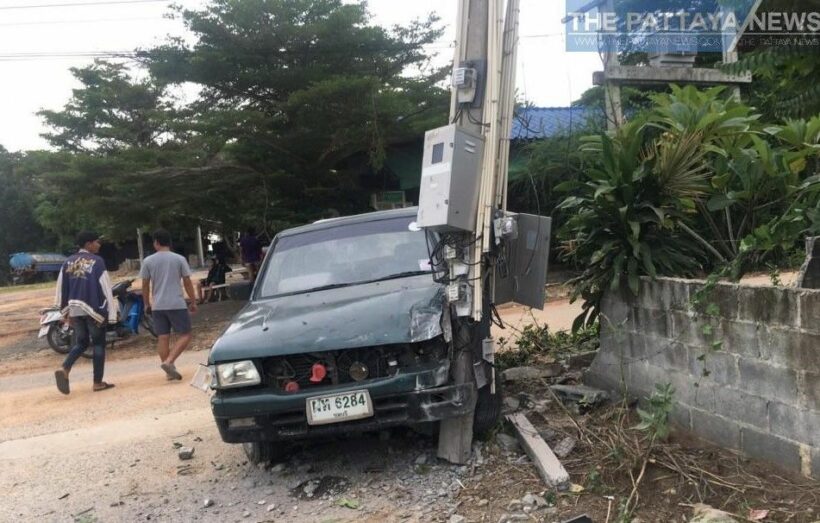 Police in Banglamung, just outside Pattaya, have arrested the 18 year old driver of a pickup truck that crashed into a power pole, having already been involved in a hit-and-run incident with another vehicle.

A report in The Pattaya News says police were advised of the incident and on arrival, found a damaged BMW vehicle that had been hit by the pickup truck. Following that incident, the pickup driver, named as Damrongsak Nuanprakon, tried to escape, but ended up colliding with a power pole 2 kilometres away.

Witness reports say the pickup was travelling at high speed when it crashed into the BMW and continued speeding as the driver fled the scene. He is now in custody and has been tested for alcohol and drugs, although the findings of those tests are not yet known.