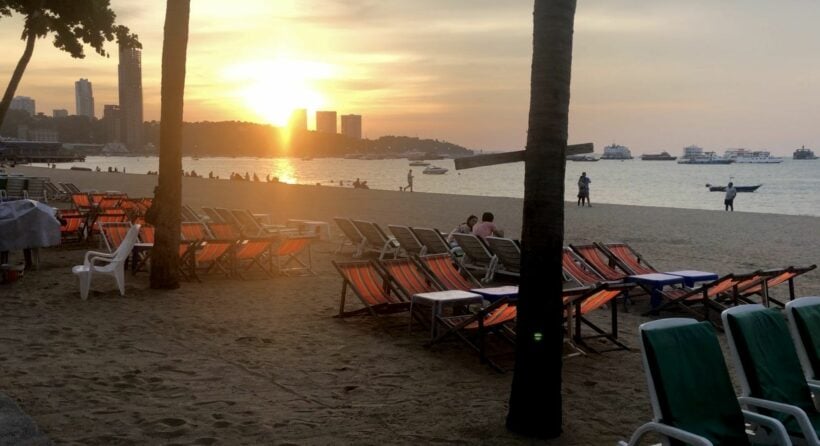 Pattaya, like some of Thailand’s other former tourist hotspots, is facing some critical challenges. Hundreds of thousands of workers have left the city because there’s simply no work and up to 50% of the city’s shops are closed, some never to re-open. The Thaiger filmed most of this video on a long weekend at the end of October, the busiest Pattaya had been in 7 months.

As Thailand struggles along without the benefit of its usual tourist traffic, four key former tourist magnets are facing particular hardships. Phuket, Koh Samui, Chiang Mai… and Pattaya. Whilst there are patches of business activity, just about everything connected directly with the city’s tourism business are perilously quiet, particularly on weekdays. That means the employees, the business owners, their families, the landlords and their bank are all suffering as the chain of woes reaches deep into Pattaya’s broader community.

Despite the Thai government’s attempts to deny the true reason for Pattaya’s popularity over the past 6 years, including the annual walk-through the city’s red light hot spots and declaring there was no crime or prostitution, the sleazier side of Pattaya has continued to grow, with a growing number of proprietors trying to glean an income out of a slowly declining western patronage. Things were changing and business was getting tighter long before the Covid-19 and Thailand’s border closures.

n 2016, Thailand’s first female Minister of Tourism, Kobkarn Wattanavrangkul, announced that Thailand was “closed to the sex trade”. Walking Street was to be gentrified and some of the red lights moved back from the foreshore to establish new bar and bar girl districts.

Several NGO reports have published the number of prostitutes in Pattaya were between 27,000 up to 30,000, depending on the report you read. The plight for these sex workers, post Covid, is bleak. As their work wasn’t officially recognised they weren’t able to access any of the government’s unemployment stimulus payments and weren’t protected under any of the country’s labour laws. Luckily for some of them, their employees worked hard to help them through the crisis. One of those is manager Timmy who works for the Night Wish Group.At their peak they ran up to 29 bars in Pattaya. Many of those have closed. At the moment they have about 13 open, as of the end of October.

For now Pattaya’s red lights have dimmed somewhat although it’s hardly all closed up. Some of the bars have also pivoted to an online model, with mixed results, where the bar girls, and bar boys, are able to ‘chat’ to online customers, viewers can buy them drinks and business continues as usual. Some bars have even stayed closed and are going 100% online with their digital bars. One proprietor told The Thaiger the online bar scene had become very lucrative but was unsure how long the novelty would last.

Apart from the steep decline in total tourist traffic, there’s been a big change in the mix, now mostly domestic tourists. Many businesses are switching up their business models to suit. Many just closed down, seemingly waiting it out to see what happens.

With much of the city’s old workforce abandoning Pattaya and heading home, there are still pockets of local life where communities have banded together to help each other through, whilst waiting for some sort of normality to return. For the tourist areas, mostly closer to the beaches, businesslike is patchy indeed.