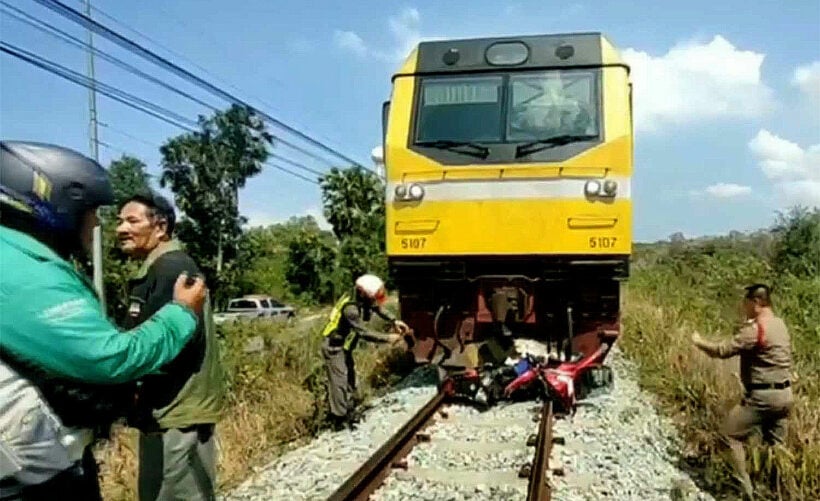 A motorcyclist has been killed after being struck by a train in Pattaya this morning at 10.30am.

The man, a 33 year old local car salesman, drove through a railway crossing barrier and `straight into the path of a freight train.

Anucha Singthong drove around the lowered barriers at the crossing on a road near Muang Pattaya 7 School in Nong Prue, Bang Lamung district.

His body was flung onto the ground beside the tracks following the full impact of the train. 500 metres down the track the Laem Chabang to Mab Taphut freight train eventually came to a stop with his crushed motorcycle still being pushed along at the front of the train.

A 58 year old witness told police stopped her motorbike at the barrier as the train approached.

“The man did not stop his bike. He instead rode around the barrier arm, even though the train driver sounded his horn. I shouted loudly, trying to warn him of the approaching train.”.

The dead man was taken to Bang Lamung Hospital.

No Songkran for Pattaya this year