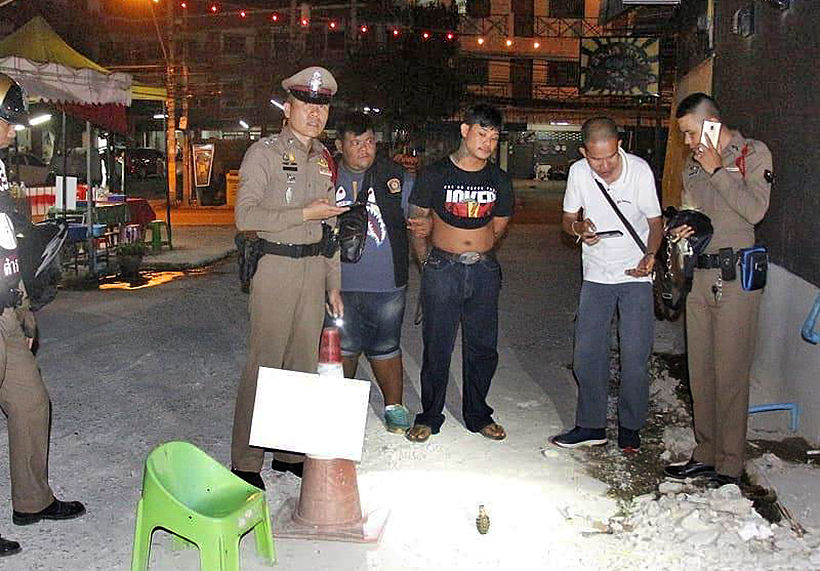 A 26 year old Buriram man has been caught with a live grenade at a checkpoint in Pattaya. Police say the man, named only as “Seksan,” was acting suspiciously as he went through the checkpoint on Soi Ko Phai in central Pattaya. Officers pulled him aside for further investigation.

They searched his black backpack and found an MK 2 grenade. The local bomb squad was called to the scene to handle the device. The MK 2 is a fragmentation grenade, and was the standard issue grenade for US forces during World War II and later conflicts, up to the Vietnam War

Seksan claimed he didn’t know the grenade was in the bag and that a friend must have put it there. Police didn’t t believe his story arrested him. He was taken to Pattaya police station for further interrogation and will face serious charges. 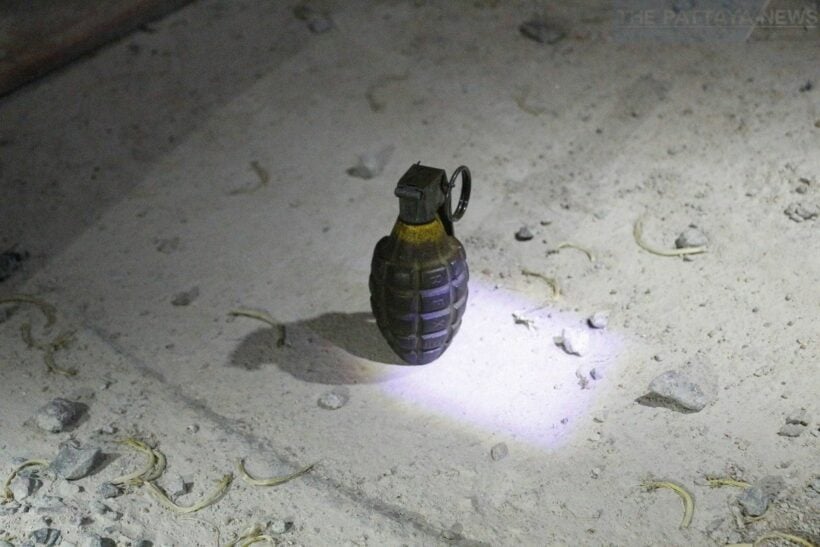